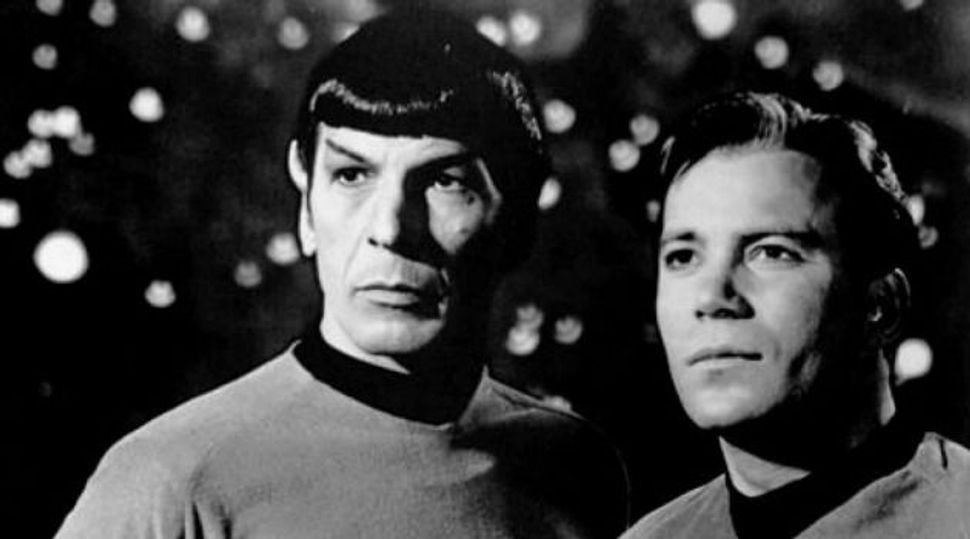 In 2011 it donated $1 million to the Anti-Defamation League.

And in 2009 it was reported that the Beetle — that iconic VW creation — was actually designed by a Jew.

But the German automaker — which, like other industries in the Third Reich, cooperated with the Nazis and has been boycotted by many Jews as a result — may have finally figured out a strategy to put the stigma of its past behind it. It has recruited both the stars of the original “Star Trek” series to plug its new car, the e-Golf, in the United States.

According to Auto Evolution, William Shatner and Leonard Nimoy — both Jewish — will star in the marketing campaign for VW’s first electric car.

The two were apparently tapped because the “Vulcan salute and the Volkswagen logo have so much in common,” the auto industry publication reported.

That salute, as any Jewish Trekkie worth his salt will know, is similar to a Jewish blessing sign – two hands forming the Hebrew letter Shin — that frequently appears on Jewish gravestones.

Could the twin appearance of Spock and Kirk convince diehard boycotters of German cars (who, as journalist Jeffrey Goldberg noted in a recent Atlantic column, rarely boycott any other German products) to drop their grudge and buy the wagon of der Volk?

Bimah me up, Scottie!