Bibi Has the Veal — With Sheldon on the Side 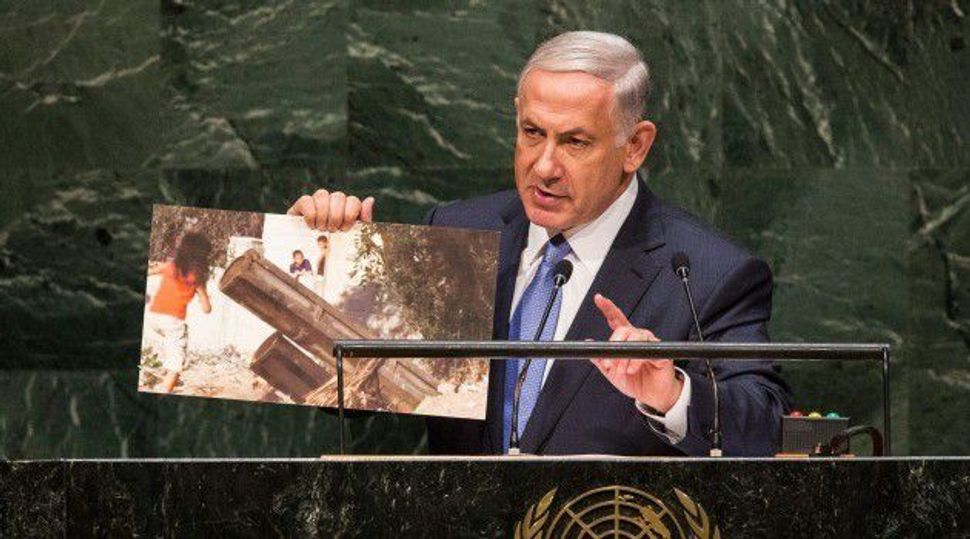 The lunch for five people required ever customer of the restaurant to enter through a metal detector, Page Six reported.

Netanyahu arrived at the restaurant, Fresco by Scotto, with some 30 security guards, the New York Post’s gossip page reported Monday. It also reported that the prime minister ordered veal chops.

Bibi Has the Veal — With Sheldon on the Side