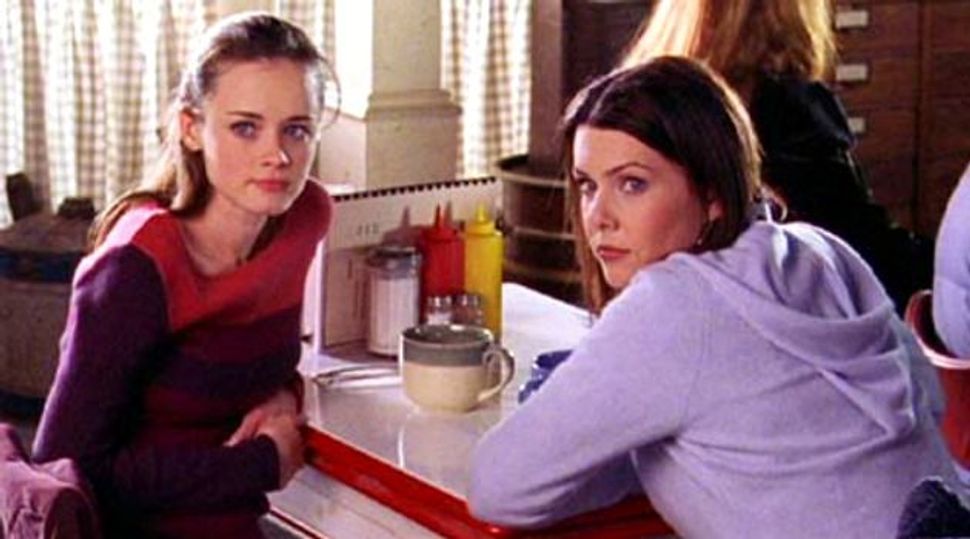 A still from Gilmore Girls

The Gilmores themselves aren’t Jewish — Richard and Emily would gasp at the thought — but the show did give us such gems as the dancing rabbi, Kirk as Tevye in Fiddler on the Roof, and “Oy with the poodles already!” And those mandatory Friday night dinners at the parents’? Come on, they just scream Shabbat.

Who knew it had a secret Jewish connection?

Carole King isn’t the only Jewish thing about “Where You Lead.” The lyrics, as King herself points out, come from the Hebrew Bible’s Book of Ruth. Remember that chorus? Of course you do, we all know it by heart: “Where you lead, I will follow, any-anywhere that you tell me to.”

Compare that to what the Moabite-born Ruth tells Naomi, her mother-in-law, about her decision to adopt the Israelite faith:

Where you go I will go, and where you stay I will stay. Your people will be my people and your God my God. Where you die I will die, and there I will be buried. May the Lord deal with me, be it ever so severely, if even death separates you and me.

Let’s take a second to visualize this: Lorelai as Naomi, Rory as Ruth. The analogy actually works pretty well.

Ruth, unnaturally close to her mother-in-law, vows to cling to Naomi to her dying breath. Rory is almost creepily attached to her mom (see: The Lorelais’ First Day at Yale), to the point where they’ve only spent two nights apart in the first 16 years of Rory’s existence.

Naomi gives Ruth pointers on how to seduce Boaz on a threshing floor; Lorelai helps Rory woo Dean with a Willy Wonka movie night (also on the floor).

The townspeople tell Naomi that Ruth is better than seven sons. The good folks of Stars Hollow wouldn’t give the prestigious title of Ice Cream Queen to just anyone — only their darling Rory.

And so, as you’re binging your way through TV’s most excellent show, downing your 15th cup of coffee and nth donut of the day, keep your ears perked for the surprisingly Jewy theme song. It’s not all about the la-la-las.