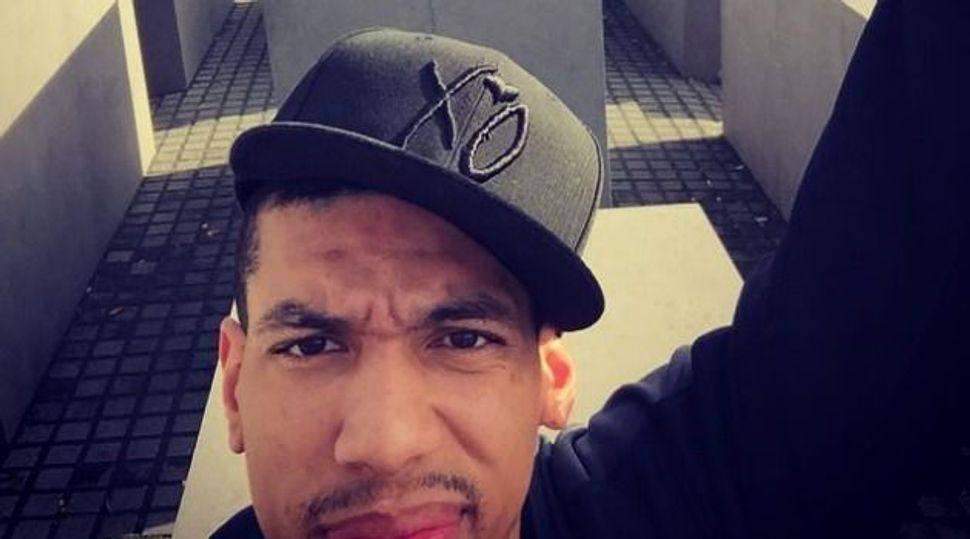 Danny Green poses for selfie at Holocaust Memorial in Berlin/Facebook

San Antonio Spurs star Danny Green went to the Holocaust Memorial in Berlin, where his team was playing an exhibition game. Nothing wrong with that.

He took a selfie amid the stark granite reminders of the millions who died in the Shoah. Nothing really wrong with that, although some might find his pose a bit insensitive, as noted by Deadspin, which first reported the incident.

Then he posted it to Instagram with the caption: “You know I had to do it one time lol #Holocaust.” Plenty wrong with that.

The shooting guard, to his credit, quickly killed the post and replaced the caption with: “A lot of history here, more than you could imagine…very sad/tragic things happened #holocaust #berlin.”

So case closed. If only more of us could say we’re sorry so quickly and well.