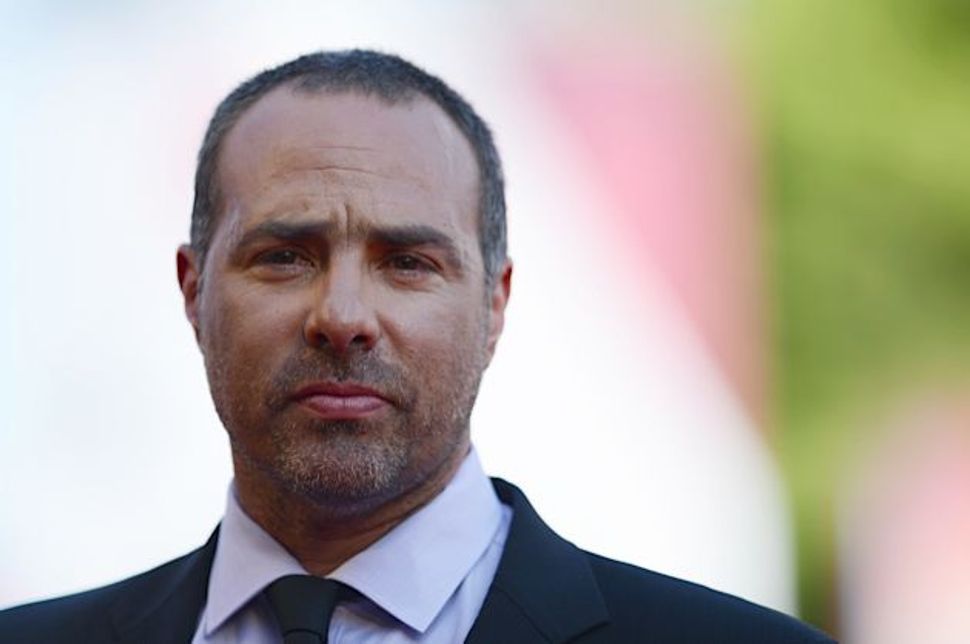 Writer Peter Landesman seems the only good choice to have written “Kill the Messenger.” The movie is about Pulitzer Prize-winning investigative reporter Gary Webb (Jeremy Renner) who broke the story that the CIA, during the Reagan administration, was part of a conspiracy that looked away while gobs of cocaine was smuggled into the U.S. and the money from drug sales funded weapons for the rebel forces in Nicaragua. The influx of coke was also at the root of the 1980s crack epidemic.

In an almost parallel universe, Landesman wrote an expose for The New York Times magazine in 2004 called “The Girls Next Door” about the horrors of America’s sex trade. Like Webb, Landesman was accused of inaccurate reporting and wild exaggerations and had to fight for his reputation.

Gary Webb died in 2004. His life had been destroyed. He’d suffered depression, substance abuse, lost his marriage, his career, his credibility and then his life. His death was ruled a suicide. But how do you shoot yourself in the head twice?

The Forward caught up with Landesman to talk about the movie and the dangers inherent in uncovering “stories that are too true to tell.”

Dorri Olds: Did writing the screenplay for “Kill the Messenger” hit close to your own experiences?

Peter Landesman: This was Gary Webb’s story but it was very autobiographical. Being an investigative reporter is a very specific way to live. In some ways it’s reckless and you’re a loose cannon, you are intrusive, you’re asking questions people don’t want to answer.

I faced a lot of the same pressures and obstacles that Webb did, including being at the center of an enormous controversy. I had always wanted to portray the specificity of what it is to live that life [of a reporter] and I’ve never seen it on the screen before.

Webb’s story seemed both symbolic of the power of that role, the success of it, and the risks. Now we are seeing the risks in the news — the recent beheadings of two journalists. Investigative reporting is a dangerous job but a necessary job that people take for granted.

Do you believe that Gary Webb killed himself?

Yes, absolutely. There is no controversy for me. He absolutely committed suicide. I mean, conspiracy theorists will have it otherwise but the reality is Gary was unable to see the light at the end of the tunnel and two shots [to the head] makes sense forensically. Even his wife is sure he killed himself. He misfired once and then corrected and fired again.

It’s hard to understand a man who cared so much for his family but didn’t think about what his suicide would do to them.

I think suicide is a terrible cop-out but look at the depression, the drugs, the walls closing in on him. I’m not going to sit here and judge him for that. There’s no question that his children are damaged and that Sue, even though they were divorced, is heartbroken. But I’m not in Gary’s shoes so I can’t sit in judgment.

Can you imagine putting work before family the way Webb did?

Yeah, of course. Well, I don’t think of it as putting work before family. I think of it as being obsessed and excited and good at what you do. Your meaning as a man, as a human being, and as a professional comes from the identity of your job. I don’t see family and work as mutually exclusive. I think one can be a wonderful father, as Gary was to his children, and be focused on your job.

As a man, your job is to go out and earn a living and bring it home. In a family, we are there to raise our kids and our kids are there to support us in our endeavors. So, I don’t think of it as putting one before the other. I think of it as a giant tapestry and everybody’s got their place. While I’m in Pittsburgh directing a film I wrote, my children are 3,000 miles away but I’m doing my work because that’s my job as a man.

What is the movie you’re working on now?

I wrote and am directing a film about the concussions in football and in other impact sports. It’s another true story about whistle blowing. It’s for Sony and stars Will Smith, Alec Baldwin and Albert Brooks. Ridley Scott is producing it.

The NFL is such a hot topic. When will the movie be released?

How do you feel towards the U.S. government now, after reporting in Kosovo, Pakistan and Afghanistan post-9/11?

I’m not a government basher. I spent a lot of time in the field with military and police and the intelligence. They are necessary and the vast majority of them are terrific and professional and brave. I don’t have a negative feeling toward the U.S. government. If it weren’t for the U.S. government we’d all be speaking Russian.

Where I have a problem is when individual elements of the U.S government go and justify what they’re doing for the greater good but are in fact ignorant, naïve and arrogant. [During the ‘80s] nobody stopped to think about what would happen when that cocaine landed in the United States because frankly, nobody gave a shit.

Do you blame the CIA?

I’m not talking about the CIA — I’m talking about individuals in the CIA. It’s human nature that there are always going to be individuals whose ambitions run counter to the greater good. This was a giant, giant mistake that Webb uncovered.

It must be crazy-making for reporters like you and Webb to come home to people who complain about mundane things like getting stuck in traffic or other minutia.

Yeah, sure, I think for a lot of us [journalists] it is similar to what soldiers feel when they return. But, I have two kids and getting back to the minutia can be a safe harbor. Investigative journalism is a subculture that people take for granted because we live in a country where the First Amendment is so pervasive. We don’t live where reporters are shot and killed for telling the truth.

Gary Webb was essentially murdered — even though he pulled the trigger himself — for telling a story that was so true it was too true to tell. This film should shock people into awareness of the risks and the price you pay to do that work.

It’s not that different from being a policeman or soldier. You’re away from your family; you’re at physical risk and then the story goes out into the world and then what happens? I don’t know if people are really aware of what it is like to stand there in a storm of controversy being told, “You’re lying.” It is an enormous injustice and the loneliest place on earth.

Are you speaking about your own experience?

Yes, I wrote a cover story for The New York Times Magazine about sex trafficking and sex slavery in the U.S. It was the first story of its kind and it was explosive. Like Gary, I was accused of making it up. I went through a year of complete hell. I was vindicated and the story survived and I survived.

The story triggered a lot of federal and state legislation and police activity but the price I paid was that I lost my belief in the power of truth. At the end of the day, even the power of the truth is limited. There’s no fixing it. There’s no solution. You have to just take your shots and keep walking; keep moving.