How Jay Black Got Kicked Out of Yeshiva 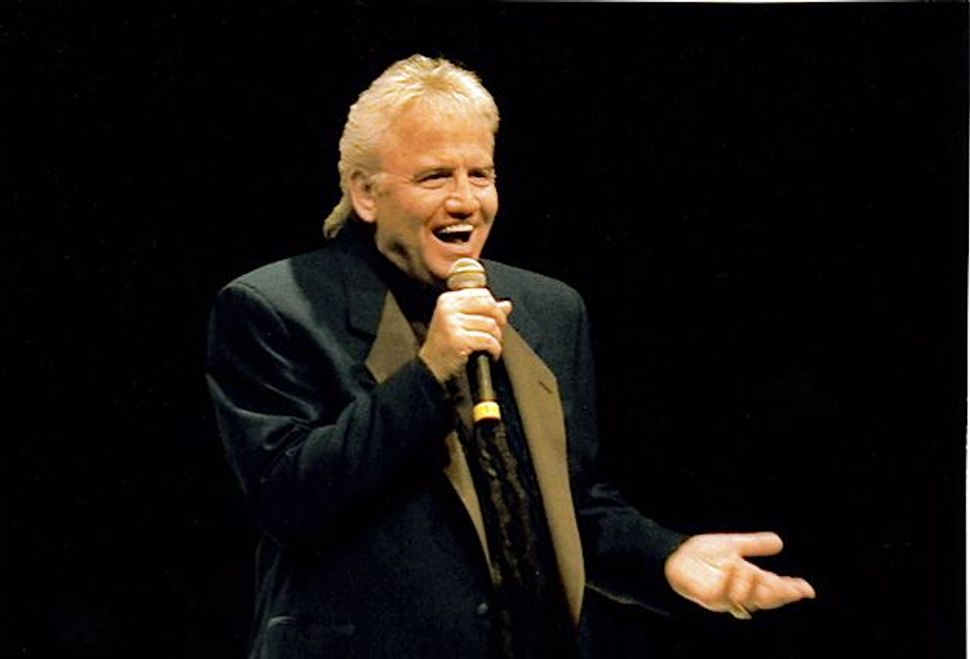 Jay Black isn’t feeling well. Descriptions of his aches and pains are pretty much the first thing out of his mouth, even before he asks why I’m about to interview him.

“You’re going to be doing two dates around your 76th birthday next month,” I tell him, “And, well, you’re Jewish.”

“For one thing, you started kvetching the moment I called.” He understands and chuckles. It doesn’t stop his complaining — “I have a skipped heart beat and tracheitis,” he says later in the conversation — but it relaxes him sufficiently to discuss his life and meteoric career in ‘60s and ‘70s rock and roll. Or at least discuss what he remembers of it.

Fortunately there were memories of other nights. He grew up in an Orthodox family in Brooklyn. “My father was in shul day and night. In fact, tonight is Simchas Rorah and I have to light two yahrzteit candles for my mom and dad. I was in shul all my life when I was young.”

In fact, it was at Temple Beth-El in Borough Park where he first sang in public, as part of Ben Friedman’s famed choir with Cantor Moshe Koussevitzky. While his voice was good, his academic life was less so.

“I never finished high school,” he said. “I got thrown out of New Utrecht. I went to three yeshivas. They threw me out. Three yeshivas. I was a bad kid. I was a wise guy. When I graduated from eighth grade, I was the class comedian. I was always a trouble maker.”

But Black’s life started to change in 1963. Jay Traynor, the original Jay of Jay and the Americans, left the group and David Blatt became Jay. He became Jay Black by accident. “I was on the Mike Douglas show. I used to do the show regularly. I never mentioned my last name on the air. One day, Mike asked me what my last name was and I mumbled Blatt, but he heard Black. He said, ‘Black?’ I said yes, a little lie. But everyone loved the name. Mike Douglas died without knowing he named me.”

With David/Jay as lead singer, the group recorded a string of major hits, starting with “Only in America” and continuing with “Come a Little Bit Closer,” “Cara Mia” and “This Magic Moment,” among others.

It was a great life. “There were women all over the place. It was really nice. But then I got married. Three times. I say in my act that my first wife was very close to Marilyn Monroe. She looked like Joe DiMaggio. My second wife was Italian, but she did convert for me. My father, he should rest in peace, was very religious, so the week before I brought her home, I brought home Aretha Franklin. I married my third wife when she was 18 and I was 45.”

That last wedding might indicate to some that Black had the soul of a gambler. Sadly, that’s right. “The record company didn’t pay us a lot of money,” he said. “The big thing is when you have a big hit you work a lot and you make a lot of money. But I was always a gambler and I pissed away everything. I never saved my money. I helped a lot of people. I helped my family, but I really screwed up my money.”

He fell so deeply in debt he had to sell the rights to the name Jay Black and the Americans, though he was able to retain the name Jay Black. Not all is paid off. He says the IRS is garnishing 15% of his Social Security check.

No word on if they take his tour money. Black will appear at the Bergen Performing Arts Center on November 1, his birthday eve, and the following afternoon at the NYCB Theater at Westbury, Long Island.

How Jay Black Got Kicked Out of Yeshiva