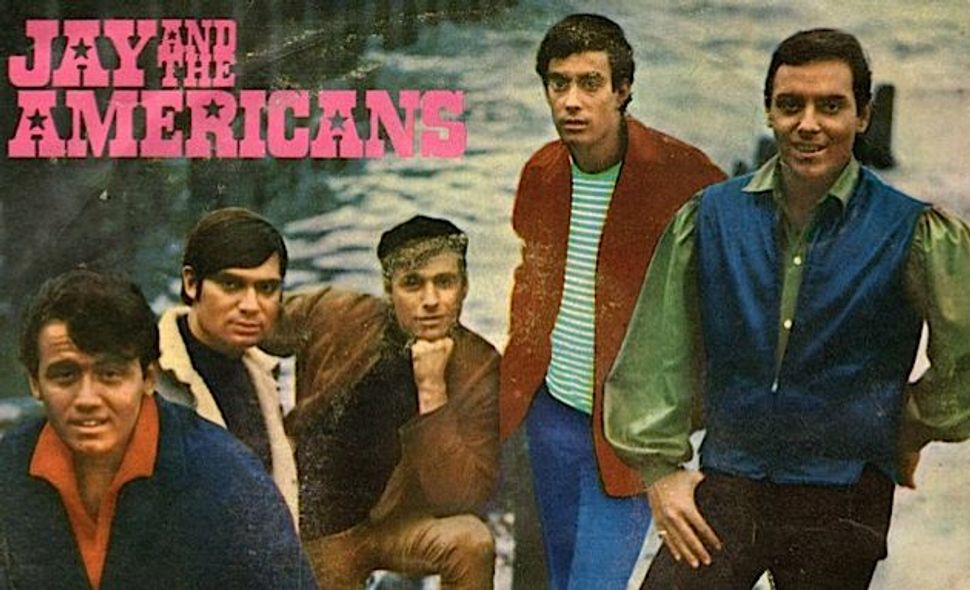 Jay Black has been singing professionally for 51 of his almost 76 years. That “almost” comes out November 2. He’ll be celebrating that birthday with a pair of concerts, one at the Bergen Performing Arts Center in Englewood, N.J., and the other at NYCB Theatre at Westbury on Long Island. We chatted with him about the stories behind a few of his favorite songs:

1. Where Is the Village?

Mention Jay’s Yiddish song and he immediately launches into the lyrics of “Where is the Village” (“Vu iz dos Geseleh?”). “’After the war, I returned to my village. My mother, mu father, my sister, my brother, my sweetheart, were all gone.’ It’s one of my favorites, because after I do it, the audience stands for five minutes.”

“I actually rewrote a slow song [originally recorded by Brit David Whitfield], but when I first came to the group they didn’t want to record it. They said, ‘who do you think you are, Mario Lanza?’ I was on theTonight Show. I was a friend of Sammy Davis and he was guest hosting, and I sang it. Everyone loved it so they put it out on the ‘B’ side of a record, but every DJ in the country played it. It became my signature song, and people love it.”

“In the ‘40s, my mother and father took me to see ‘South Pacific’ and I loved ‘Some Enchanted Evening.’ I remember I came to the record company, and said, ‘Just let me do it. I won’t change the lyrics. I’ll just change the tempo.’ I made it a little faster and it became a monster hit. I still love that song.”

“I did a tribute album [‘Sands of Time’] to all of the groups and that was one of my favorite songs on it. We wound up having a bigger hit than the original group [the Drifters]. I loved Ben E. King and the Drifters.

“On the subject of the Drifters, there’s a story that this song originally was written for that group. Around this time there were a lot of protest songs going around, and I didn’t like the idea. I’m am RWJ, a right wing Jew, so I recorded this song and it became a hit. It was written for the Drifters, but the Civil Rights movement was going on and [the record company] felt it wasn’t appropriate for them to sing the song when there were so many problems with being African American.”

6. Walking in the Rain

“It was a tribute to the Ronettes. We used to work together at the Murray the K shows in Brooklyn at the Fox theater.”

“I did that song in one take. I absolutely loved it and it became a monster hit.”