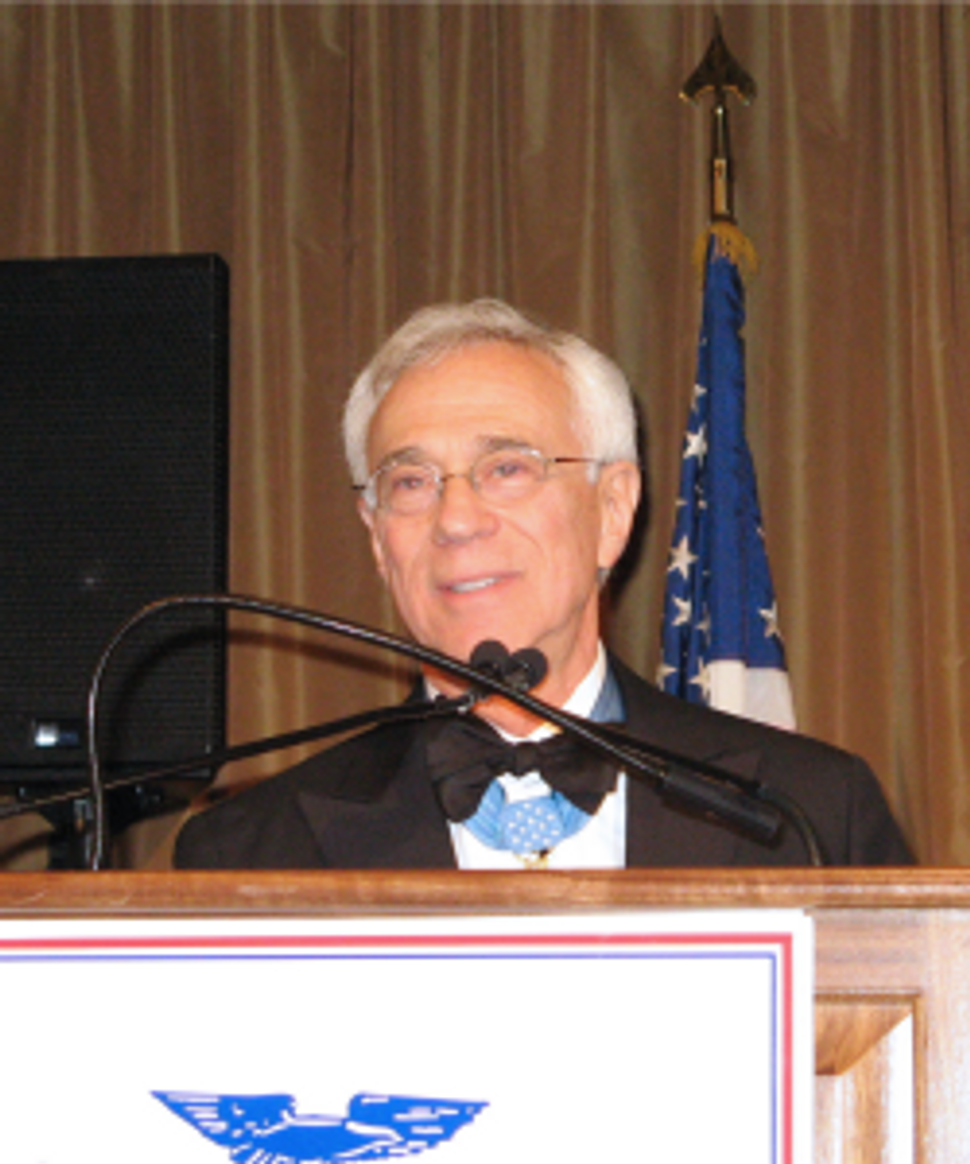 Joking about his height at the podium at the October 13 U.S. Air Force, Soldiers’, Sailors’, Marines’, Coast Guard and Airmen’s Club’s 18th Annual Military Ball, U.S. Army (Ret) Col. Jack Jacobs — the only living Jewish recipient of the Congressional Medal of Honor — cautioned the bemedaled and gowned military assemblage at The Pierre not “to take potshots” about “my standing on a box.”

Jacobs thanked SSMAC Chairman and CEO Ivan Obolensky and its executive director Hazel Cathers, “who labor tirelessly to make sure that there is a home for the troops who worked [and] fought to defend the homeland — without whom we would not be here today and I — and lots of people have to thank the troops…. For we and lots of other people in the world would not be enjoying the fruits of their labors — freedom which is priceless and can only be paid with — as has been said many times — since the [American] Revolution — with the blood of patriots. “ 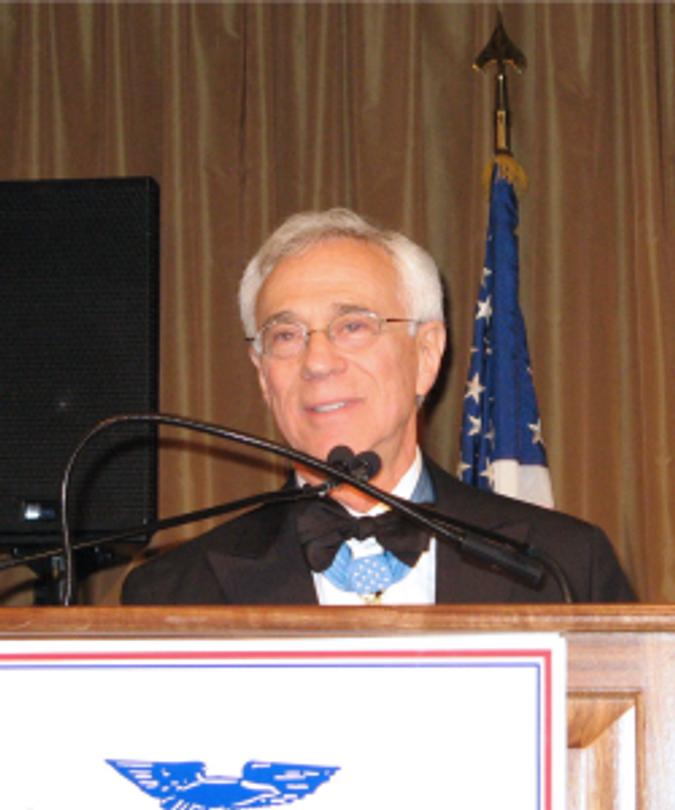 Col. Jacobs — whose curriculum vitae notes “ is among the most highly decorated soldiers from the [Vietnam] era having earned three Bonze Stars, two Silver Stars and the Medal of Honor” was, among others, a founder and CEO of AutoFinance Group Inc., a Managing Director of Bankers Trust, a London real estate firm The Fitzroy Group and serves on a number of charitable boards of directors, was an on air analyst for NBC News and recipient of the 2011 Murrow Award on the Nightly News segment “Iraq: The Long Way Out” (and more).

Founded in 1919 by Mrs. Theodore Roosevelt, Jr., Mrs. Cornelia Barnes Rogers, and Gen. John J. Pershing, SSMAC has served over five million Servicemen and Servicewomen, veterans and their families and those of our Allies with its “Home Away from Home” accommodations at its Lexington Avenue site.

On August 13, 2003, the day of the Northeast Blackout, Karen Leon (this column’s photographer and my daughter) had just left the Forward building at its then 33rd Street home when lights began to go out in Manhattan. There was no way to get out of the city so she walked over to the SSMAC Club and was welcome. By candlelight she slept on a cot, shared canned tuna and listened to war stories told by servicemen and women from across America. It was a night to remember.