PBS Wades Into the ISIS Quagmire 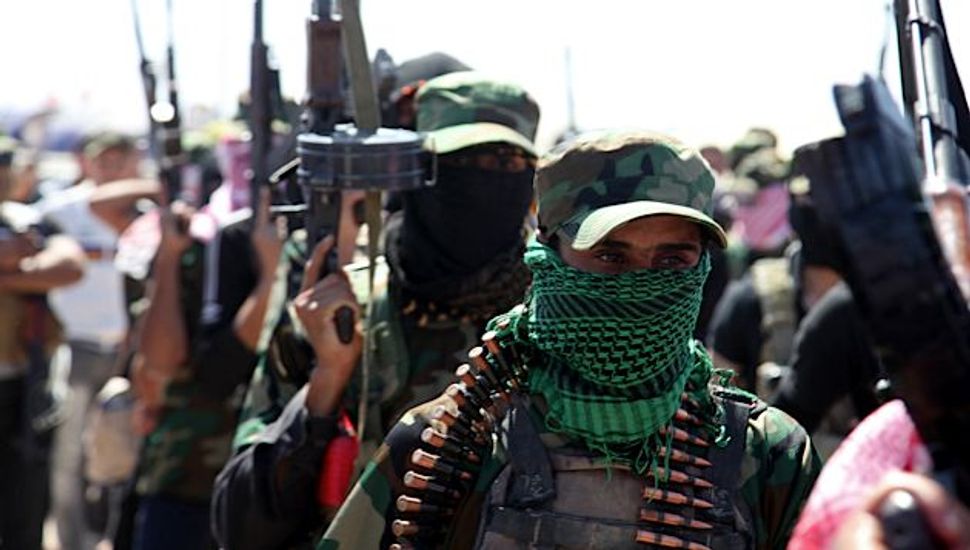 “The Rise of ISIS,” the latest documentary from the award-winning Frontline PBS investigative series, is likely to leave you with one major takeaway.

Despite the best of intentions, pretty much everything the U.S. has done in the Middle East has contributed to the chaos. We are Westerners lost in a strange land with absolutely no idea what we are doing or the consequences of our actions.

The film starts in late 2011, when American troops withdrew from Iraq. Presumably, we left behind a stable government with a functioning military. Both assumptions were incorrect.

The nation’s prime minister, Nouri al-Maliki, a Shiite, promised an inclusive government, but soon began a campaign of terror against Sunnis, including Sunni officials in his own cabinet. Shia militia were particularly violent and Sunni bodies piled up on the streets.

The then-U.S.ambassador, James Jeffrey, warned President Obama that Maliki needed to be constrained, but he adopted a hands-off approach, claiming it was an Iraqi internal problem. Leon Panetta said U.S. the response was to keep “their fingers crossed [hoping] that Maliki would step down.”

The President’s position seems defensible. We just got out of that country and he didn’t want to be the man who put us right back in. And at the time Al Qaeda was a small broken force unable to mount a serious insurgency.

But then came Syria. Al Qaeda moved across the border and with freedom to operate gained traction with Sunnis. Successes there enabled it to attract recruits and financing. Robbing banks, capturing oil fields and holding Westerners for ransom enriched them further.

At first, the Obama administration turned down requests to arm moderate Syrian rebels, the “wrong decision,” according to Panetta. But again, right or wrong, the decision seems rational. We really have no way of telling the good guys from the bad guys. And even if we managed to get weapons into the right hands, there was no guarantee that ISIS won’t take them away.

In Iraq, meanwhile, Maliki continued to attack and suppress Sunnis, prompting ISIS’s return there. In relatively short order and with surprising ease, it captured Ramadi and Mosul, and still the American administration did nothing.

But with Americans weapons captured from fleeing Iraqi forces and hundreds if not thousands of new recruits — some broken out of prison in daring raids — ISIS quickly expanded its territory and its level of violence. Its sophisticated use of social media made the world aware of how brutal the organization was and that it was literally not taking prisoners.

Even the supposedly tough Kurdish Peshmerga forces couldn’t stop the ISIS onslaught. It was at this point, with ISIS slaughtering large numbers of ethnic Yazidis, that the U.S. finally began air strikes. These seem to have slowed — though not halted — the ISIS advance.

In June, Abu Bakr al-Baghdadi, the organization’s head, announced the creation of a Caliphate, naming himself as caliph. This declaration requires the faithful to pledge loyalty to the new state, something Boko Haram has already done in Nigeria. Meanwhile, the beheadings continue and (since the film was completed) there are reports that ISIS used chlorine gas in Iraq.

Producer and writer Martin Smith has done an excellent job in research and providing a balanced history of the organization — with two caveats.

For one, he doesn’t offer a timeline of the organization’s names. When exactly did Al Qaeda in Iraq (AQI) become the Islamic State in Iraq (ISI) and then ISIS and finally ISIL? In fact, I’m curious why he didn’t call his film The Rise of ISIL, which seems to be its current moniker. The changes likely have important implications.

More important, he doesn’t make clear the magnitude of potential problems facing western governments. Some people suggest that the U.S. shouldn’t get involved at all in the area, that it is a regional problem and that in any event we are not the world’s police. Turkey, a supposed NATO ally with ISIL on its doorstep, is not involved militarily. We are thousands of miles away and not (at the moment, anyway) threatened. What’s more, how do we effectively get involved? What will be the blow back from Sunni majority states — Egypt, Jordan and Saudi Arabia among them — when we continue to bomb their co-religionists?

Yet even if America isn’t threatened directly, ISIL threatens out vital interests. Are we prepared to allow a large percentage of the world’s energy supply to fall into the hands of a group that shoots captured soldiers in the back of the head and believe beheading is a valid punishment for journalists? And what about Israel?

This is a quagmire sufficiently murky enough to make Vietnam look like a walk in the park.

PBS Wades Into the ISIS Quagmire