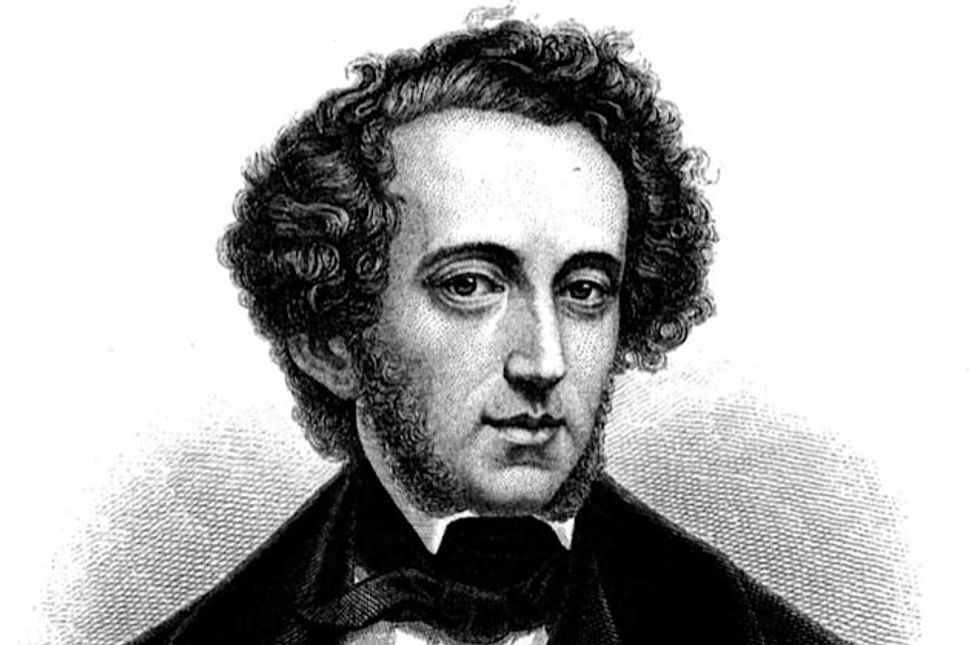 Everyone knows that the most popular American Christmas songs were written by Jews. But like Leonard Bernstein’s “MASS,” (see my piece on the recent Queens performance here) there’s a long tradition of Jewish musicians involved in Christian-inspired music — and even a few non-Jewish composers who’ve written for the Hebrews. Here are four of the most interesting:

1. Felix Mendelssohn wrote Christian music like Symphony No. 5 “Reformation,” St. Paul Oratorio along with other chamber and vocal pieces.

3. The Gregorian chant “has its roots in the pre-Christian music of the Jewish service,” according to writer William Benzon in “Beethoven’s Anvil: Music in Mind and Culture.”

4. Josh Groban, whose father converted from Judaism to Christianity, recorded “You Raise Me Up,” a new gospel favorite.

Plus, here a couple of Jewish melodies by Christian composers:

Protestant Max Bruch wrote a beautiful Kol Nidrei for cello and orchestra, composed for the Jewish community Liverpool in 1880.

Franz Schubert, a Catholic, wrote at least one choral setting of Psalm 92 — in Hebrew.