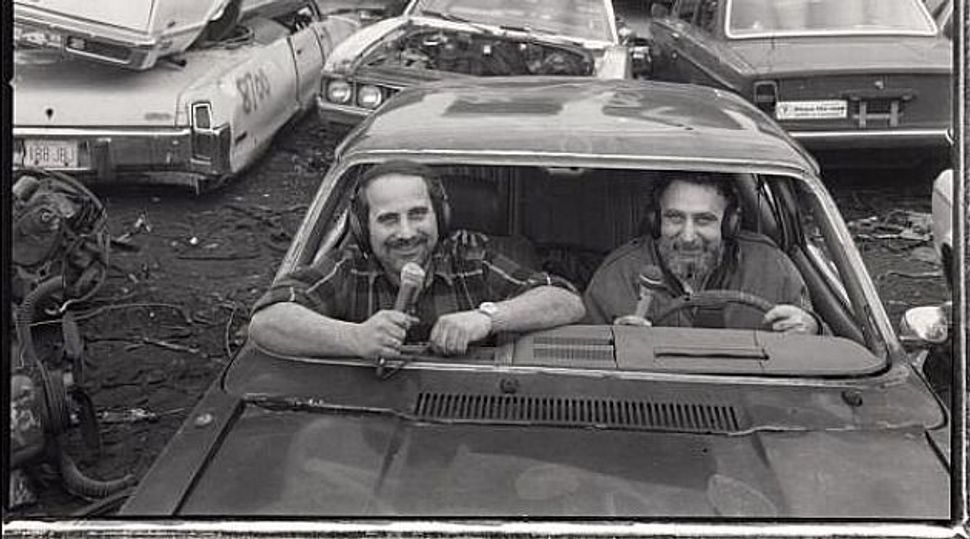 Image by courtesy of car talk

When Daniel Pinkwater learned on November 3 that Car Talk host Tom Magliozzi had died, he sent a one-line condolence to Doug Berman, the show’s longtime producer: “He improved the lives of millions. Weekly. For decades. They give Nobel Prizes to the wrong people.”

Tom, better known as Click (or was he Clack?), co-hosted the public radio call-in show Car Talk with his brother Ray for 35 years. The show still airs in reruns, though the two stopped producing new episodes in 2012. Pinkwater, the renowned children’s book author and radio personality, was a longtime friend of the program and a frequent guest.

“The crux of it was — this is basically what made them popular —they’re brothers and they get along,” Pinwater said. “People love that.”

Though the show as it aired was family-friendly, Pinkwater recalled Tom and his brother as having a wild sense of humor.

“They were out of control,” Pinkwater said. “They would say things and tell jokes and deliver of themselves remarks which, had they not been caught and edited out by the remarkable Doug Berman, would have ended my career as a children’s writer.”

When Car Talk was picked up by NPR in 1987, the ragged-voiced Magliozzi brothers didn’t sound like anyone else on the public radio roster. “My wife used to notice you couldn’t tell the speakers on NPR one from the other — except them,” Pinkwater said.

Pinkwater never actually met Tom and Ray. Their friendship was conducted entirely over the air, in bits like “The Pinkwater Measurement” and “Pinkwater and the BMW Owner’s Manual.” In 2004, Pinkwater wrote a half-hour bastardized Christmas Carol starring Tom and Ray as the Scroogiozzi Brothers., with Ira Glass as “Tiny Ira.”

For the most part, the work didn’t pay well. “They were extremely cheap,” Pinkwater said. “Whenever I did anything for them… they’d send me some really cheap, stale cigars, which was a running joke.”

Tom and Ray made a practice of never identifying themselves over the air, leaving listeners often unable to tell them apart. Pinkwater said he was never quite clear on who was who either. Sometimes he would call them Bob and Ray on the air for laughs, referencing the 1940s-era radio comedy duo. Pinkwater says that joke made it to air.

“I think [Doug] Berman had his work cut out just excising the obscenities,” Pinkwater said.

“They were like regular people; they clearly enjoyed each other and enjoyed the listeners,” Pinkwater said. “The jokes weren’t always great, but their enjoyment of them was always extreme.”

Tom and Ray Magliozzi were born in Cambridge, Massachusetts. Both attended MIT. Tom worked as an engineer before dropping out to open a DIY car repair shop and then a Cambridge garage. He was 77.

“We will not see their like again,” Pinkwater said.