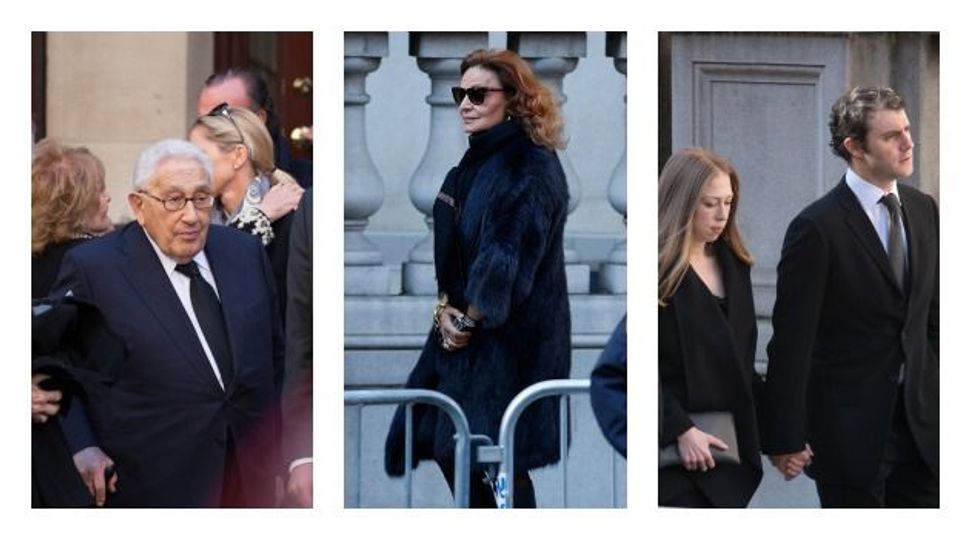 Who else could bring Henry Kissinger, Ralph Lauren and Barbara Walters together in the same place, at the same time?

Jewish A-listers bid a sad farewell to Oscar de La Renta on Monday. The service, held at the Church of St. Ignatius Loyola in New York City’s Upper East Side, saw politicians, actors, fashionistas and socialites, all in their glitzy best to pay tribute to the designer, who died from cancer on Oct. 20 at age 82.

“It was a very beautiful, solemn, spiritual service celebrating a man who was so wonderful and life giving,” Walters told The New York Post (even Anna Wintour shed a tear).