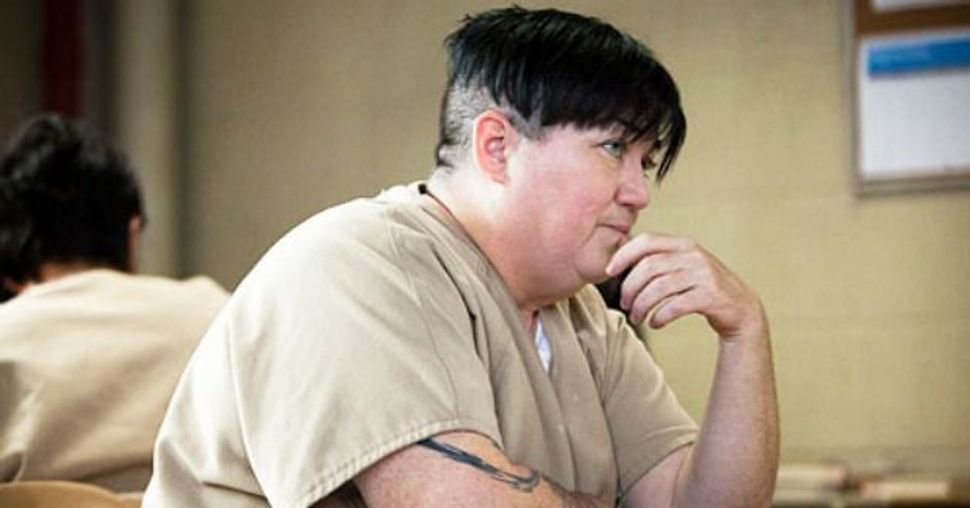 Any fan of “Orange Is The New Black” knows not to mess with Big Boo.

A New York City subway preacher learned that the hard way when actress Lea DeLaria, clad in “Bad Jew” t-shirt, confronted him about his homophobic views. A passenger on the Queens-bound M train grabbed a video of DeLaria telling the doom and gloom preacher that he and the Tea Party are “everything that’s wrong with America,” and calling him a “creepy religious fanatic.”

I walked onto the F train at W4 station and they were already yelling. And when I got off two stops later at 23rd street, they were still going. A lot of people were standing around taking videos and photos and watching. I think people weren’t sure whether it was real or staged. But a friend later confirmed that she has seen this same man preaching similar things on the subway before, so I’m pretty sure it was real.

So next time you’re stuck on the subway and upping the volume on your iPhone, try it DeLaria’s way — a rowdy rendition of “99 Bottles of Beer on the Wall” is a surefire way to keep the haters at bay.