What Was This Spanish Politician Thinking? 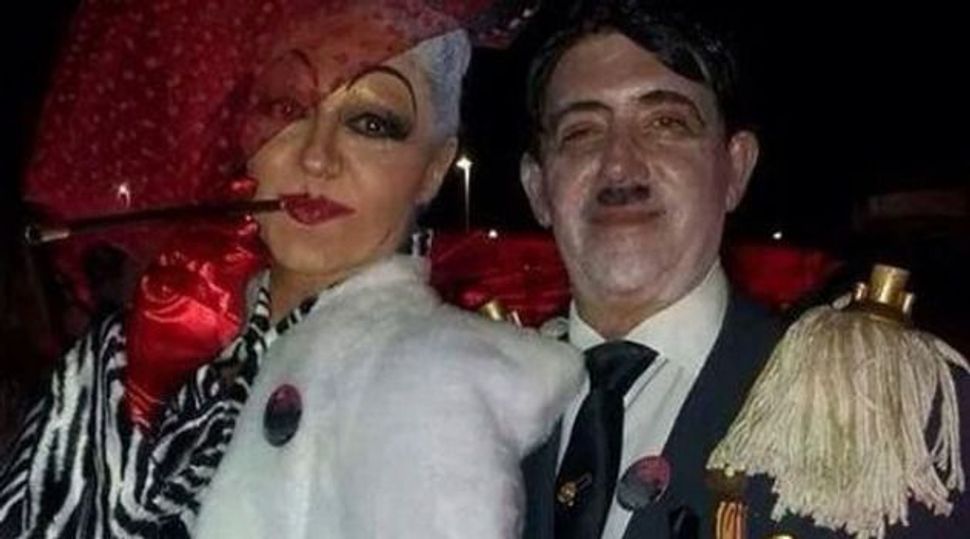 Representatives of Spain’s Jewish community demanded that a local politician apologize for dressing up as Adolf Hitler at a Halloween party.

Toni Rodríguez, a representative of the ruling Popular Party on the council of the municipality of Gandia near Valencia in eastern Spain, posed for pictures with friends while in costume on Oct. 31.

The Federation of Jewish Communities in Spain, or FCJE, on Tuesday wrote to the municipality, to the council member and to the party’s regional representatives “to ask that they issue a public apology,” FCJE’s communications director, Maria Royo, told JTA.

“We complained about the behavior of this council member. We have not received an answer so far,” she said.

The Spanish-language Jewish news website itongadol.com reported, based on a report by the AJN news agency, that Rodriguez’s spokesperson said his boss dressed up as Hitler “not to celebrate the person but to ridicule him and show him as a person connected with horror.”

What Was This Spanish Politician Thinking?