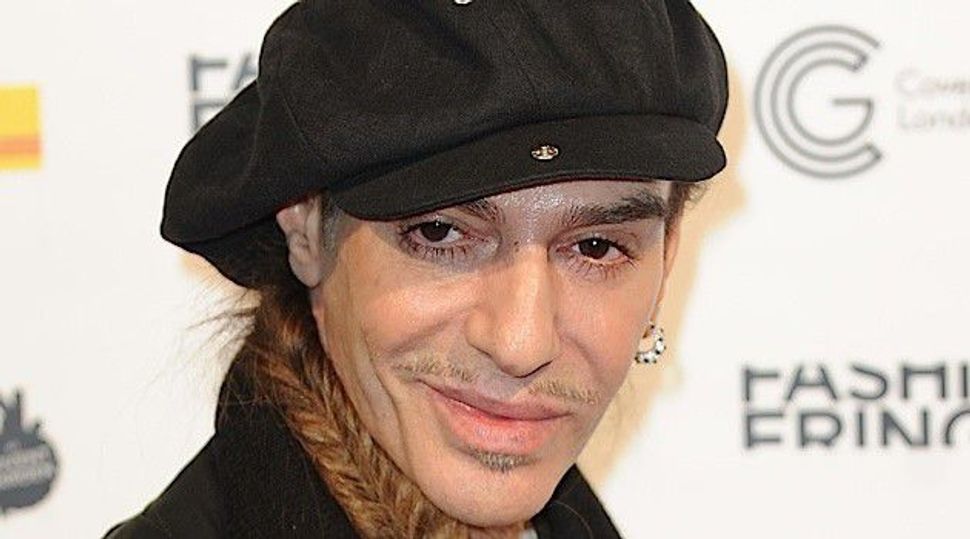 The decision by a Paris employment court was announced Tuesday.

Galliano, who was fired in March 2011 after being filmed making anti-Semitic statements at a Paris bar, was ordered to pay Dior one symbolic euro. He had sued for lost earnings of up to $16 million, claiming that the fashion house was aware of his alcohol and drug addictions before the incident.

In the video, Galliano stated his love for Adolf Hitler and told people he believed were Jewish that their mothers should have been gassed. He later blamed his outbursts on addictions to drugs and alcohol.

“It’s the worst thing I have said in my life, but I didn’t mean it,” Galliano said in an interview with Vanity Fair in an article in the July 2013 issue.

A French court ruled in September 2011 that Galliano in several incidents had made “public insults based on origin, religious affiliation, race or ethnicity.” He was sentenced to a suspended fine and no jail time.

Following the anti-Semitic tirade, actress Natalie Portman, who was serving as a spokeswoman for Dior, issued a statement condemning Galliano and said “I will not be associated with Mr. Galliano in any way.”