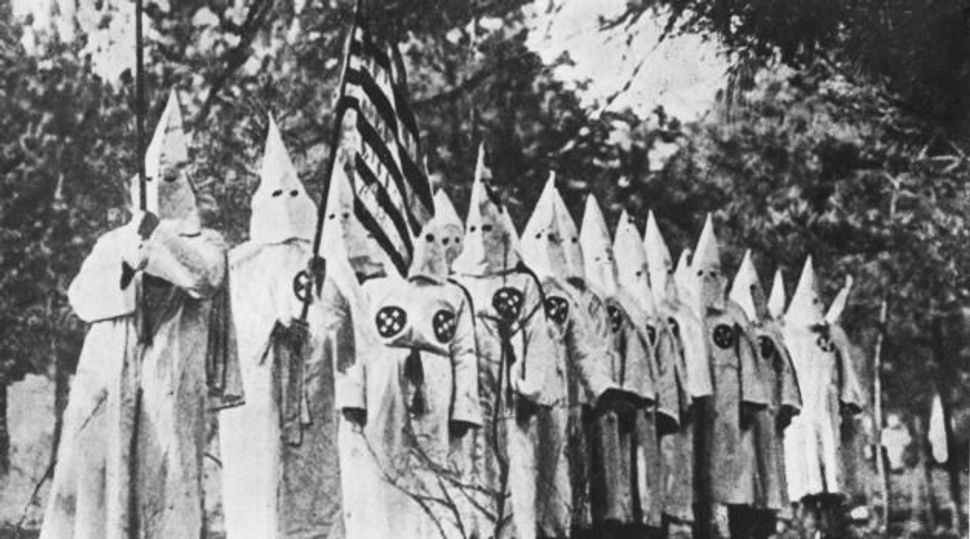 Have you been harboring a deep, dark, hidden desire to join the Ku Klux Klan? Well, now’s your chance. Apparently, the Klan, bastion of White Supremacy, is looking to “diversify and increase its membership to include Jews, black people, homosexuals and those of Hispanic origin with a re-branding as ‘the new Klan’,” the Daily Mail reports.

The new and improved organization, re-dubbed the Rocky Mountain Knights, claim to have traded in their old standby — hate — in favor of “a strong America.” Prospective members must be 18 and live in the Pacific Northwest.

‘White supremacy is the old Klan. This is the new Klan. The KKK is for a strong America,’ founder John Abarr told the Great Falls Tribune.

But if white’s not your color, don’t bother. Members will still have to do that whole sheet-and-cone-shaped-mask-thing, and take part in all the rituals.

Abarr also reportedly met with leaders of the National Association for the Advancement of Colored People, adding: “I thought it was a really good organization. I don’t feel we need to be separate.”

As you can imagine, the mainstream Klan isn’t too happy with these new hug-a-world wannabees. Wizard Brad Jenkins has accused Abarr of using these new inclusive policies to further his own political plans.

First founded in 1865 in Pulaski, Tennessee by six former confederate soldiers, the Klan is deemed a hate group by both the Anti-Defamation League and the Southern Poverty Law Center.

Maybe I’m just being dim here, but what is the point of being part of the Klan if you just want to get along with everyone? If that’s the case, can’t you just be a regular human?