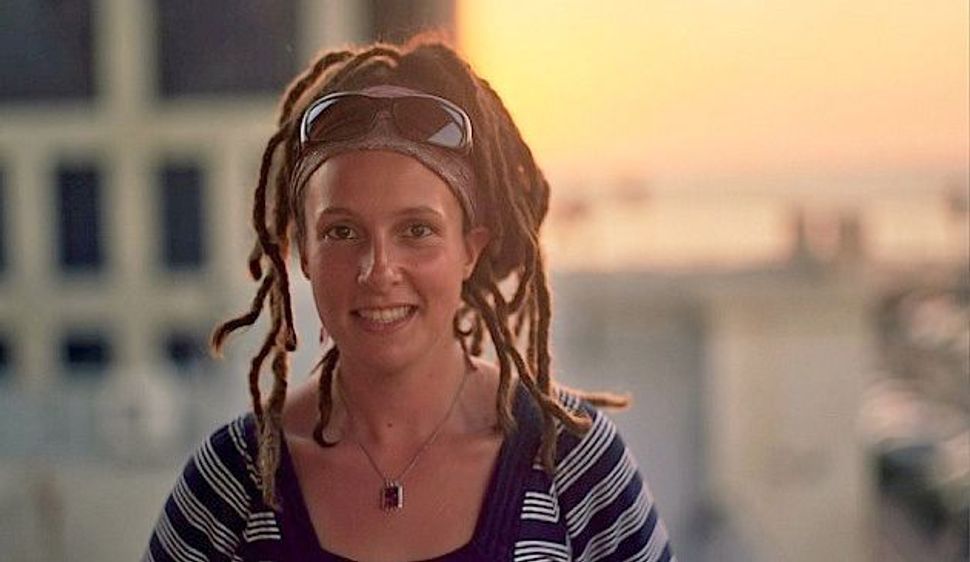 At 8 years old, Anna Wexler wanted to be a great Torah scholar. At 12 she started to question her faith, and by 16 she was an atheist. It was at this point that Wexler decided to break away from her Modern Orthodox, New Jersey upbringing, to live a life with no rules and no limits.

Gravitating towards others like her, she says they went “pretty wild.’” But during their gap year, a significant change occurred. While she was travelling in Kathmandu, her rebellious friends had “flipped out” in Israel. Having gone to yeshiva, they had become religious, and exchanged their former lifestyle for one of modest dress and Torah study. It led Wexler to question why, and forms the subject of her debut documentary, “Unorthodox.”

A compelling and immersive film, which took nine years to make, “Unorthodox” explores the phenomenon of this religious and spiritual transformation, following the lives of three American teenagers before, during and after their year in Israel.

Running parallel to this investigative element is Wexler’s personal narrative. Although it had not been part of the initial concept, its inclusion enhances the story.

“Nadja, my co-director, was telling me the whole time, ‘It’s about you’ and I had said, ‘No, it’s about the kids; I don’t want to be in it,’” she explains. “The decision was sort of a backwards process. We actually didn’t shoot with me in it and so we had to add in my story at a later date.”

Before embarking on the project neither Wexler nor her co-director, Nadja Oertelt, were filmmakers. Rather, they were full-time students at MIT (Wexler is currently studying for a doctorate in Neuroscience) who learned the art as they went along. Raising funds was a continual challenge and the film’s completion was finally achieved through a Kickstarter campaign in 2011 and 2012.

Wexler admits that the pair had been hesitant to engage with the Orthodox community throughout the production process.

“I left the community, I had dreadlocks and I came back with a camera. We were afraid of what they would say,” she says. Despite the filmmakers’ reticence, she describes the response to their fundraising campaign as, “huge, because it is their story.”

But Wexler makes a clear distinction: the film follows those on the fringe; the vast majority of American teenagers who attend yeshivot during this formative period never stop being religious and, never really question their religious identities.

The film reveals three stages that “off the track” young people appear to undergo over the course of the year, beginning with excessive drinking and drug use, before becoming bored with their freedom to party and choosing to take their studies seriously. Finally, there is a decision to become more observant and adhere to religious traditions and practice.

It appears to be a reliable cycle of change, and what interests Wexler most are the different reasons why rebellious students agree to go to yeshiva, especially those who are irreligious at the outset.

It is not surprising that screenings provoke much debate, a fact that Wexler finds fascinating. There are many different issues that come up, depending on viewers perspectives as parents, rabbis or students. She describes her family’s response as supportive. but says, “I think it was painful for them to watch.” Her mother has attended almost every screening.

In terms of her own religious identity, Wexler acknowledges that making the film may have helped her to achieve some form of resolution but, “whether it was through the film or whether it would have happened overtime anyway, I don’t know.”

Wexler has remained non-religious and her family is still Orthodox, but the difference now, she says, is that there is no animosity or intense tension between them, “just different world views.” But, at the end of the film her grandmother reminds her, “The very fact that you chose to do this story is something. You can’t get your religion out of your system. You chose the topic.”