6 Movies About Ex-Orthodox Jews Everyone Should See 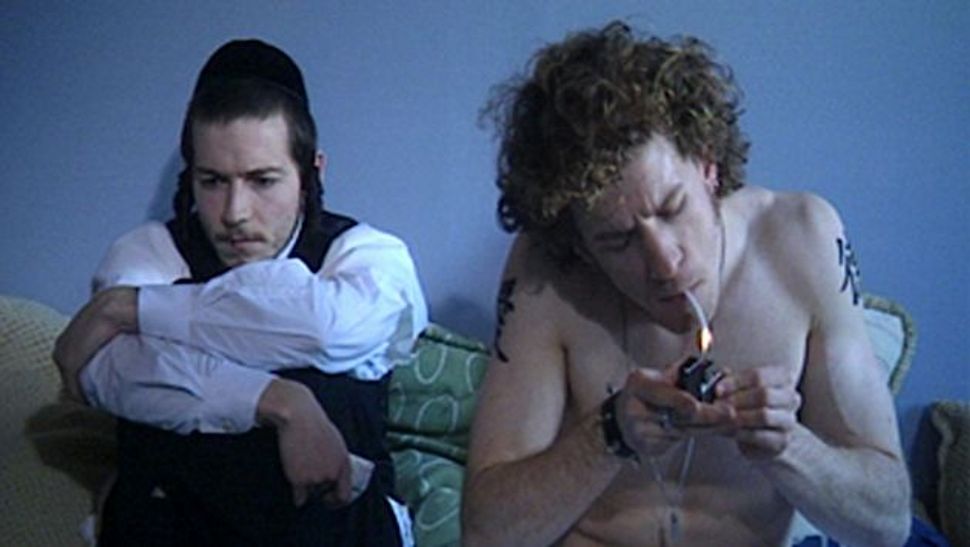 In contemporary cinema the representation of Jews is not so unusual. However, ex-Orthodox Jewish characters are portrayed far less often. Nonetheless, their role is significant and in some cases, iconic. (See my recent piece about Anna Wexler and Nadja Oertelt’s documentary ‘Unorthodox’ for one of the most recent examples.) Here are six of the best.

Famous for being the first film with synchronized dialogue, this classic talkie stars Al Jolson as Jakie Rabinowitz, the son of a cantor who defies the traditions of his Orthodox parents because of his desire to pursue a career as a jazz singer. Following punishment by his father, Jakie runs away from home, but many years later his professional success comes into direct conflict with his religious and family responsibilities.

The film was remade twice — in 1952 (directed by Michael Curtiz) and again in 1980 (directed by Richard Fleischer and Sidney J. Furie), the latter starring Neil Diamond and Lawrence Olivier.

Based on the Tevye stories by Sholem Aleichem, the Academy Award-winning film is an adaptation of the 1964 Broadway musical. Starring Chaim Topol as Tevye the Milkman, this is affectionate, sentimental, nostalgic Jewish cinema at its absolute best. Set in 1905 in the Russian town of Anatevka, it tells the story of the lives and loves of its inhabitants focusing on Tevye and his three daughters. His youngest daughter, Chava, falls in love with Fyedka, a Russian Orthodox Christian. Tevye forbids the union but they elope and marry. Tevye cannot accept Chava’s marriage to a non-Jew and so he disowns her.

The film is based on the bestselling 1967 novel of the same name by Chaim Potok. Set in 1944, it’s about the friendship between two Jewish Brooklyn boys, Danny and Reuven, who are from different backgrounds. Danny is a Hasidic Jew and the son of a rabbi, but feels trapped by the restrictions imposed on him. By the end of the film he has abandoned Hasidism, choosing instead to go to college to become a psychologist. Reuven is Modern Orthodox, the son of a talmudic scholar and an ardent Zionist. Tradition, parental expectation, the Holocaust and the establishment of Israel are causes of friction between them.

Sonia is a Haredi wife and mother living in Boro Park, Brooklyn. She decides to leave the problems and confines of her marriage and family, including her baby. Sonia eventually moves out of Boro Park and finds work and love outside of the Haredi community.

The Israeli film “Kadosh” (“sacred” in Hebrew), explores the gender roles within the Mea Shearim neighborhood of Jerusalem, focusing on the lives of two sisters, Malka and Rivka. The film provides an unprecedented representation of the marital and sexual lives of Haredim within this closed community, including a scene of marital rape.

Malka is in love with a lapsed Orthodox pop singer but marries a religious fanatic in a match arranged by their parents. Rivka is unable to bear children due to her husband’s sterility, but their rabbi exiles her from her husband and community, advising that he marry a younger woman so that he may have children.

This lesser-known but touching movie stars ex-Hasidic actors who play characters leaving their Hasidic community in New York for a life of sex and drugs, but also, eventually, love.

6 Movies About Ex-Orthodox Jews Everyone Should See