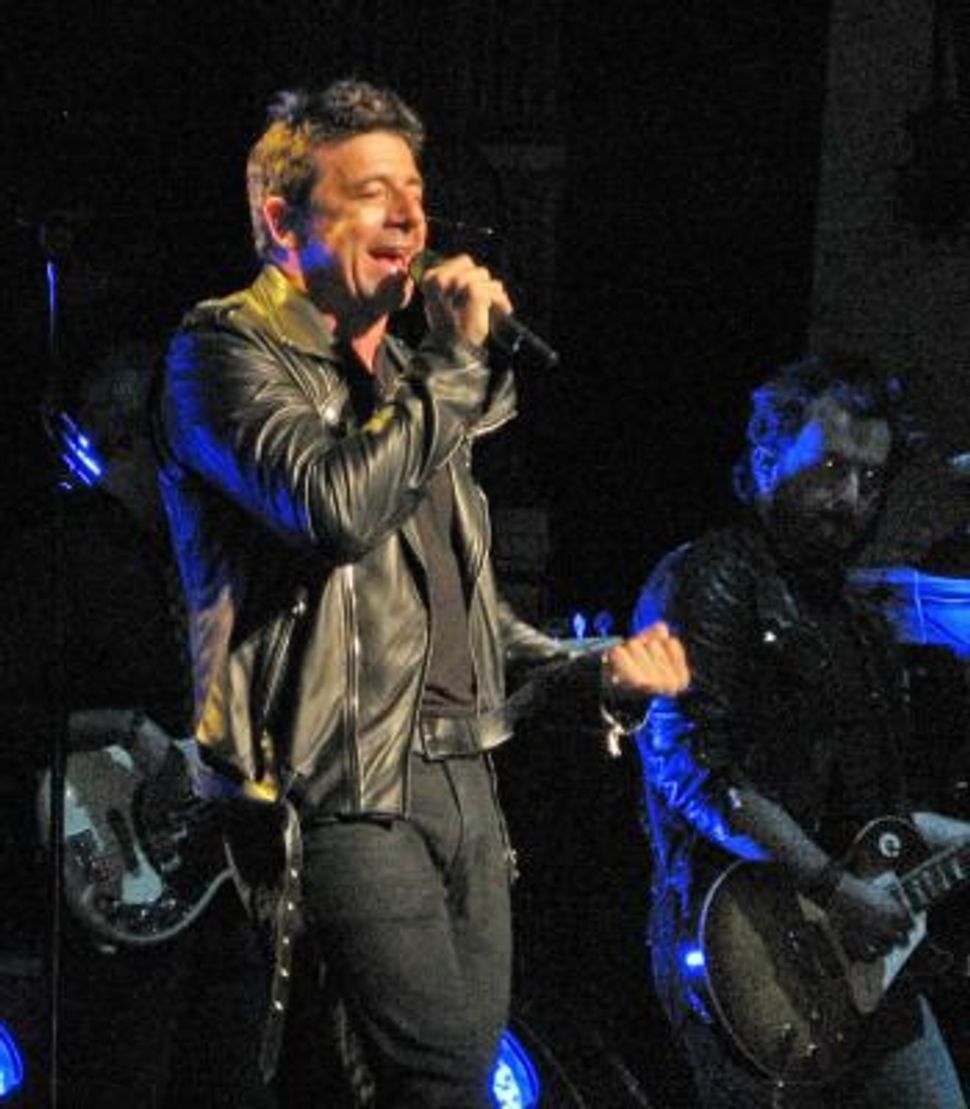 “What is the mood of the Jewish community in France and your reaction to[Jean-Marie] Le Pen’s [past] comment about you?” I asked French-Jewish Algerian-born singer-actor Patrick Bruel.

We were chatting post performance at Manhattan’s Beacon Theater following the launch of his U.S. tour. “Le Pen…it’s not new,” he responded. “There have been provocations. You know who he is and what he represents. Yes, it’s hard for the Jewish community.” Admitting to the exodus of some Jews from France he said, “It’s not only the extreme right…it comes from many other sides.” I asked if it had any effect on his career. “Why would it! I am Jewish. I am very proud to be Jewish and I always said it. Everybody knows my position, everybody knows how much I want peace. All my songs are universalist.”

And his concert was indeed universalist. I suspect every French tourist and expat in New York was among the ecstatic nearly 3000 strong audience —  often on its feet — as Bruel bounded onstage with the greeting “Hello New York!…. My accent is cute — no?” The audience roared. A high decibel nearly two-hour long lights and sound show with sirens and urban and psychedelic image montages — had the audience reacting to Bruel with adoring fervor. At several points Bruel and the orchestra stopped in mid song but the audience, a mostly young crowd, continued to sing the song a capella! 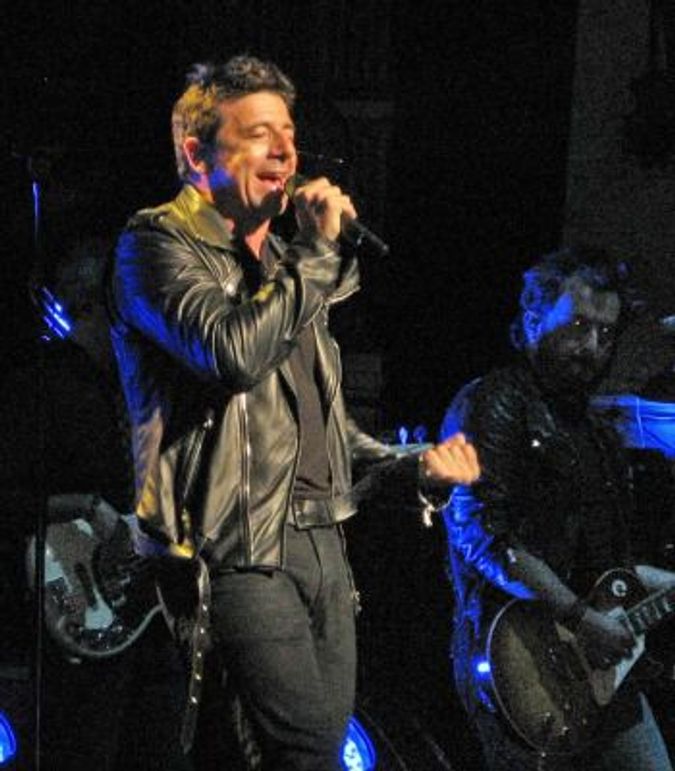 Sirens, death, destruction montages…An amazing break dancing ensemble. Hip hop pyrotechnics set to a backdrop of a French inner cityscape. There was a heart wrenching song which Bruel informed was a tribute to America’s Johnny Cash “about a father who would never see his son again.”

And then Paris the city of amour surfaced with Bruel singing love songs with most of the audience joining in dancing to a waltz and couples embracing in the aisles. “She’s Gone, “ “Je Serai La Pour La Suite.” Bruel at the mic… with guitar and at the piano keyboard, he kept pointing to his watch but the audience begged for more. He kept coming back, and back and finally…. the stage went dark.

During our chat, I mentioned his film portrayal of [real life] Maxime Grimbert [ne Grinberg] in the 2008 French film “Le Secret” in which he plays a French athlete who refused to wear a Jewish Star during WWII hoping his athleticism would “separate him from the other ‘Yids’.” Bruel smiled. Commenting on one of his songs with a gypsy melodic theme, he said “That was not gypsy it was klezmer.” I insisted it was gypsy not klezemer and proceeded to sing a few bars of “ya ba bai-tchiri bim” phrases. “Ah, yes. klezmer!” he nodded. A hug and we parted. Outside the Beacon, winding lines behind barriers waiting for a sighting of Bruel.

During the performance I relished the Beacon’s Greek, Renaissance Rococo splendor. An unexpected postscript: The November 13 New York Times obituaries lists a tribute to Daniel Meltzer — a writer, teacher — who died on November 6 and in 1985 headed the “Save the Beacon” committee rescuing this landmark gem from demolition!