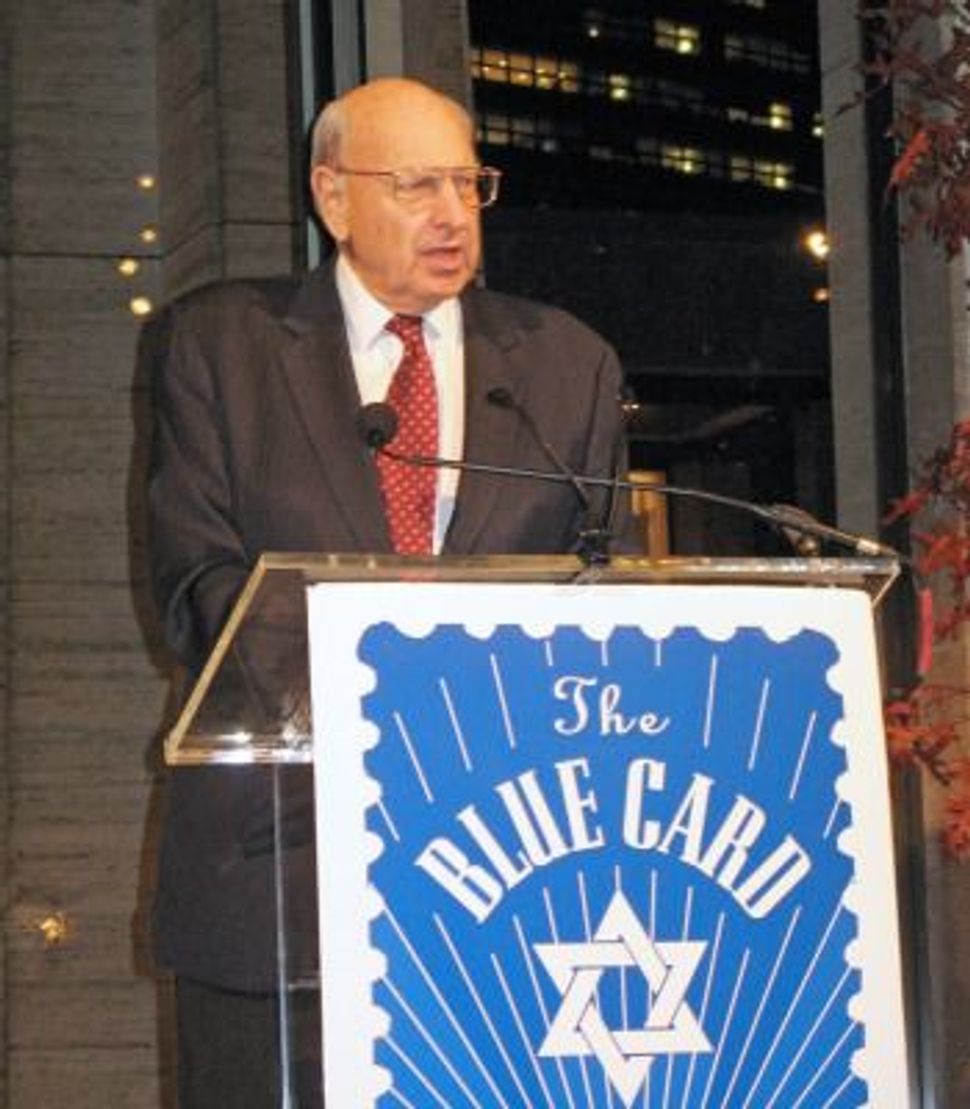 “It’s is one of the most beautiful organizations I have heard of in my life,” emcee Danny Burstein told the guests at Blue Card’s Annual Benefit at Lincoln Center’s Avery Fisher Hall.

Currently playing Herr Schultz in “Cabaret,” the award-nominated actor touted The Blue Card as “The only charity in the U.S. whose mission is to provide financial aid to needy and destitute Holocaust survivors including those in Wyoming.” He paused: “Who knew there were Jews in Wyoming? We give 100% of our donations to our clients [and] are the closest thing to a family that many survivors have.”

“The Blue Card is an organization that truly functions as a team,” said Blue Card president Gia Machlin who touted Blue Card’s Executive Director Masha Pearl and its staff. “They know what our clients need…when they go to dinner, the name of the place next door where they have lunch…so we are very lucky indeed.” 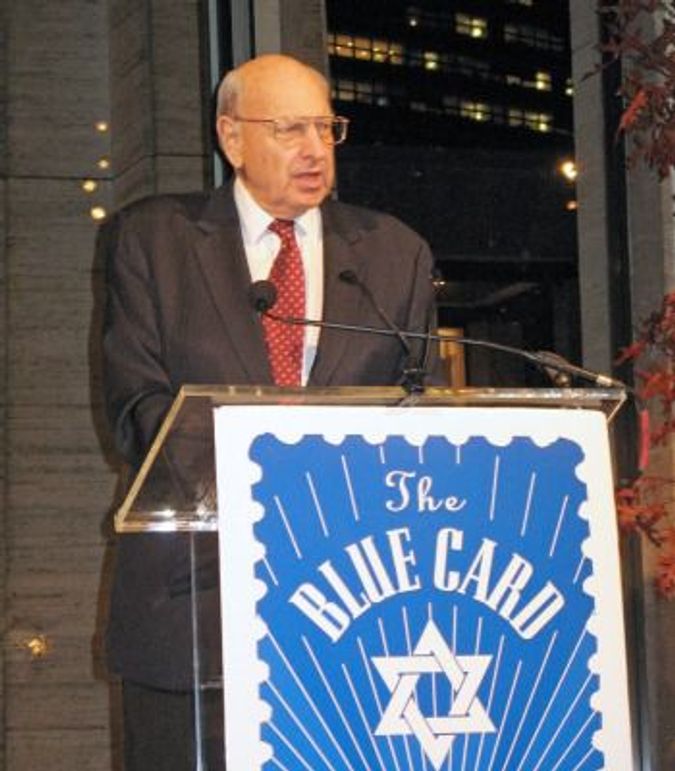 “You are both generous and thinking donors…in the work you do for the people who are so much in your care,” said Ambassador Thomas R. Pickering recipient of Blue Card’s Richard C. Holbrooke Award for Social Justice. “When I came to New York to represent the U.S. at the United Nations (1989-1992) Richard went out of his way to welcome me personally…bring me around the table of his choice with leading New Yorkers….No one has achieved what Richard did… settling the Balkan conflict. [He} left us all too early…He died on the nation’s business …he gave his life to American diplomacy to our country and indeed to the service of mankind.”’

Accepting the award from Holbrooke’s wife, author-journalist Kati Marton. Pickering said “So Kati and Blue Card, thank you for the honor…Nothing I have been able to do in my life has been done alone…and for Richard that was the same watchword…. We all stand on the shoulders of many who came before.”

A special treat was a performance by still spry 97-year old Holocaust survivor singer and mandolin player Emily Kessler whose program of Ukrainian and Yiddish songs included a beautifully articulate “Oyfn Veg Shteyt a Boym” (on the road stands a tree) and Holocaust-centered lament “Vu Ahin Zol Ikh Geyn” (where shall I go?”).

Sharing the table with George Heindl Austria’s Consul General and Amb. Pickering and Kati Marton, I chatted with German Consul Bernd Georg Reindl. The conversation veered toward Yiddish when I mentioned that my Litvisher Yiddish was once dubbed “Echt Schwabischn Deutch” — authentic Schwabian German. “ But of course!” exclaimed Consul Reindl. “I am from Schwabia and we use many Yiddish words.” Comparing expressions he told me: “We use the word mischpokhe all the time,” and with a smile, he added — “it refers to a particular branch of the family.” He did not specify.