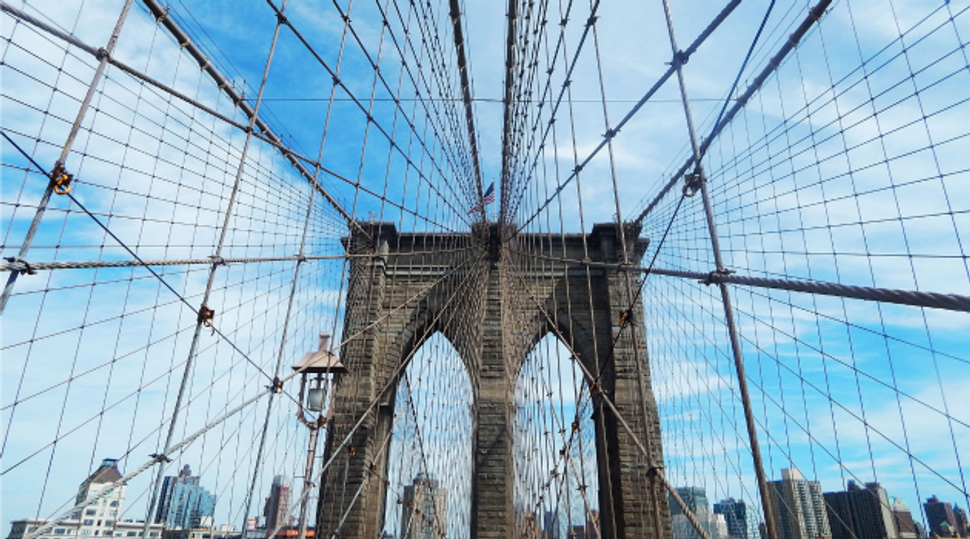 All these are better excuses than: “Sorry officer, there was no sign in French saying I couldn’t climb the Brooklyn Bridge.”

And yet, that’s what French tourist Yonathan Souid is trying to claim. The 23-year-old was caught trying to scale the iconic New York bridge on Sunday — the third such attempt this year. The NYPD quickly spotted Souid, and ordered him down.

Now, he’s facing up to a year of jail time on charges of trespassing and second-degree reckless endangerment, the New York Post reports.

His American friends are claiming that it’s really not Souid’s fault. After all, he only wanted to get an epic photo. “There were no signs in French saying you can’t climb the bridge,” said defense lawyer James Medows. “He acted like a foolish tourist.”

“Souid comes from a small Jewish community near La Rochelle. It was such a misunderstanding. He has a strong passion for photography, so he thought, ‘I want to get a better view.’ He’s not a daredevil,” his friend Jeff Sternfeld, 24, told the New York Post. “There’s a cultural barrier. To him and people in France, they said, ‘They put him in jail for this?’”

Souid arrived in New York on Thursday and was supposed to return home on Sunday. An acquaintance told the Post that he was traveling as part of a Chabad trip. Now, it seems he’ll have to stick around and wait for his court date. As they say in France, c’est la vie.