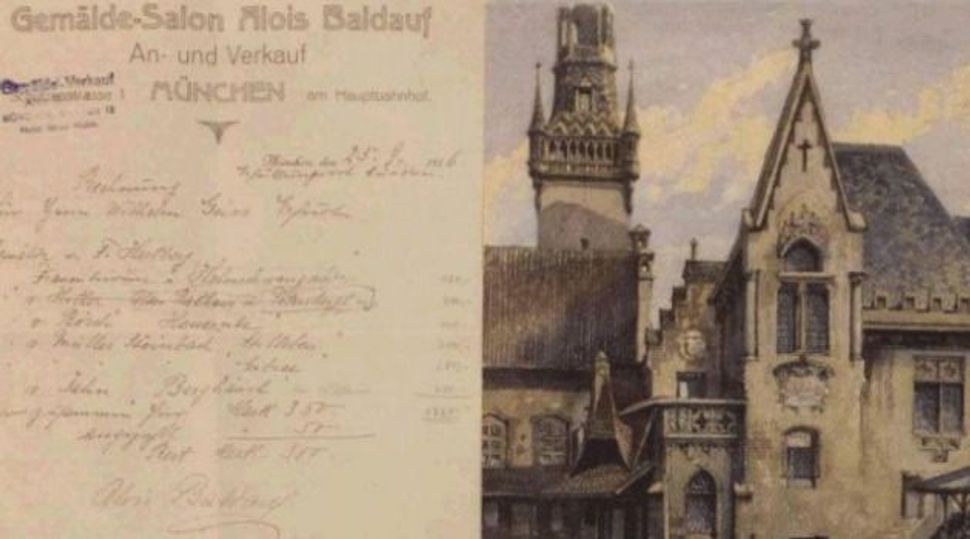 (Reuters) — A 1914 watercolor by Adolf Hitler to be auctioned on Saturday could fetch up to 50,000 euros ($62,685) given strong global interest, a German auction house chief said on Tuesday.

Auctioneer Kathrin Weidler said the painting entitled “Standesamt und Altes Rathaus Muenchen” (Civil Registry Office and Old Town Hall of Munich) is one of about 2,000 works Hitler painted from about 1905 to 1920 as a struggling young artist.

Asked about criticism that it is tasteless to auction the Nazi dictator’s works, generally considered to be of limited artistic merit, she said complaints should be addressed to the sellers – an unidentified pair of German sisters in their 70s.

“They should take it up with the city of Nuremberg or with those who preserved it. It’s an historical document.”

Hitler wrote in his autobiography “Mein Kampf” that his hopes as a young man of becoming an artist were dashed by his repeated rejection by Vienna’s Academy of Fine Arts.

“We’ve had inquiries so far from four continents and the interest in this particular painting appears to be quite high,” Weidler said. “The interest has been high from America, Japan and across Asia. I don’t know if all these bidders will actually come to the showroom in person. It’s possible but the last time we had a painting from this artist, that didn’t happen.”

Five other Hitler paintings previously auctioned fetched as much as 80,000 euros while others went for just 5,000.

“It’s impossible to say how much it’ll go for – anything from a few thousand to something around 50,000 euros,” she said. The minimum bid has been set at 4,500 euros and 10 percent of the earnings are to be donated to charity.

Weidler said the original handwritten bill dated Sept. 25, 1916 came with the painting and was a rarity for Hitler’s art.

But that has raised doubt among critics about the painting’s provenance. They recall how hoaxer Konrad Kujauused supposed certifications of authenticity to trick some historians when he marketed what proved to be bogus “Hitler’s Diaries” in 1983.