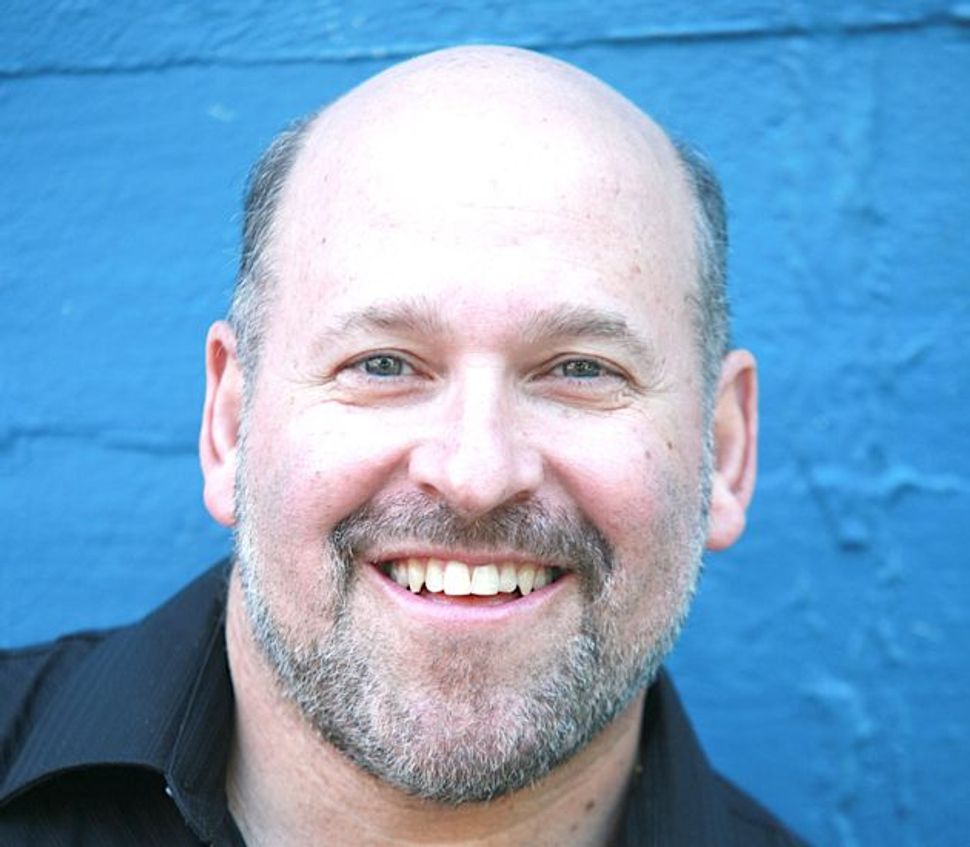 Frank Wildhorn will be appearing at 54 Below this week.

For those who don’t know, 54 Below is a supper club located essentially underneath what was Studio 54 (where all the action used to take place).

For those who don’t know Frank Wildhorn, he wrote “Where Do Broken Hearts Go,” a number one international hit for Whitney Houston.

He also is the most successful contemporary writer of musicals on Broadway. In 1999, he had three shows on the Great White Way simultaneously: “Jekyll & Hyde,” “The Scarlet Pimpernel” and “The Civil War.” His musicals are hits all over the world.

When we spoke, he had just returned from Tokyo and Seoul, where he celebrated openings and re-openings of his work. In fact, it’s estimated that some 40,000 people attend a Wildhorn musical every day of the year. Everyone, it seems, loves Wildhorn’s work.

Except the Broadway critics. Wildhorn spoke to the Forward about the lack of love he gets from them, the Jewish project he promised his dad, and how he taught himself to play an instrument.

Seriously. It must bother you.

It doesn’t bother me today. My shows run all over the world. There have been over 800 productions of “Jekyll & Hyde,” Over 400 Draculas. And I don’t know how many Civil Wars. We’re about to do “The Civil War” at the Ford Theater [in Washington, D.C.] with the Lincoln Box looking down at us.

When you say critics, you’re really talking about five blocks in New York City. We’re not talking about the rest of the country and certainly not the rest of the world. What does bother me is that because of the Internet, my mother in Florida can read what they’re saying and then call me and ask, “Frank, what’s going on?” But you have to keep things in perspective. I’ve had eight Broadway shows and 20 million in record sales. Are you kidding me? I’m the luckiest guy in the world.

I remember watching “The Civil War” and thinking this is so much better than the review. What was the critic thinking? I don’t understand the disconnect. Do you?

There is a disconnect. I’m no Elton John or Billy Joel or Sting. I’m not a pop start dabbling in theater. My kids ate because real recording artists sang my songs. Maybe it’s because I came from the pop world. I didn’t come up the Broadway ranks. What can I tell you? I’m an ex-football player, an ex-life guard. I’m not erudite or a super intellectual. The fact is, I don’t know the answer to your question. When “Jekyll & Hyde” debuted, the Times dismissed it. We didn’t get nominated for a Tony. And two years later, all the [musicals] from that year closed and “Jekyll & Hyde” was still going strong.

Tell me a little about your background growing up.

I was born in Harlem and then we moved first to the Bronx and then to Queens Village. My parents met at a Jewish dance at a Y on the [Grand] Concourse, I think. My dad had MS and the winters were killing him, so we moved to Hollywood, Florida. That’s where I discovered music and played ball.

How did the music happen?

I’m a self-taught musician. My sister played the piano and my parents bought her a Yamaha organ that they put in the garage. We used to have two-a-day practices and I’d come home between them smelling really gross. So I’d jump in the pool and head for the beanbag I kept in the garage. I was about 15 and would start playing around [on the organ]. The moment my fingers touched the keys, I knew this was for me.

Better than football. Better than outside linebacker for Hollywood High?

Actually I had a couple of college scholarship offers. But I realized I wasn’t getting any bigger. I was still Jewish. And I could get just as many girls playing music as playing football.

I went to Hebrew school and was a bar mitzvah. We did Friday night Shabbat dinners. My parents were always involved in their congregations, both in Florida and New York. In fact, I’m working on a Jewish project now, about Bronisław Huberman, a Polish violinist, a rock star in his time. He had the idea to start a band in Palestine. He tried to get Jewish musicians to come but things were not bad yet. But then everything changed and he had to figure out how to get the musicians and their families out. I think he saved thousands of musicians and their families and became the father of what is now the Israeli Philharmonic. I made a promise to my father to do a Jewish project in his name. I’m in the beginning stages now. I’ve written some oratorios. I’m talking with the BBC about playing it next year to commemorate the 70th anniversary of the liberation of Auschwitz.

Do you always hear music in your head?

Yes. Always. It’s like breathing. People ask me, “when do you write”? I’m always writing. It’s just a matter of getting to the piano. I have tunes in my heart, in my stomach. It’s visceral, trying to channel what I’m feeling onto a piano.