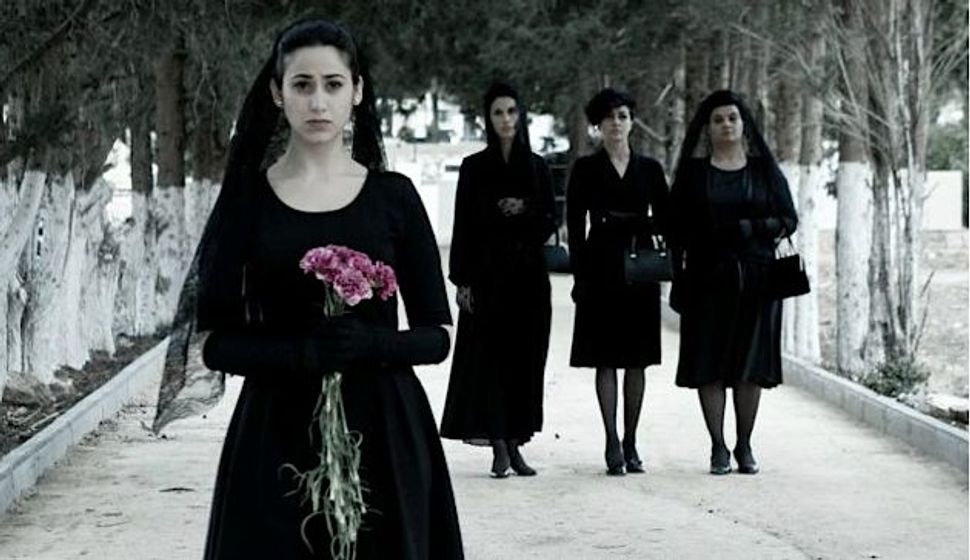 “The war against Gaza finished and the war against me finished,” said Suha Arraf, referring to the controversy that had taken place during the summer over her directorial debut film, “Villa Touma.”

At the Venice Film Festival, the Haifa-based Palestinian-Israeli filmmaker and screenwriter had categorized her film as Palestinian — not an issue per se — but the fact that a significant portion of the film’s production budget had come from Israeli public funds made it a matter for debate.

Arraf’s decision provoked considerable dispute among members of the Israeli film industry as well as from Limor Livnat, Israel’s Minister of Culture.

Although Arraf had put in her own money and additional investment had come from Germany, other Israeli state institutions, including Mifal HaPayis (Israel’s national lottery) and the Ministry of Economy, had also provided funds.

In November, an Israeli Economy Ministry committee ruled that she would have to return the funding she had received from the ministry.

Arraf suggested that these reactions were causally connected to the conflict in Gaza. “Had it not been for the war, nobody would have said a word.”

“Villa Touma” has since been screened at numerous film festivals including the U.K. Jewish Film Festival, the Other Israel Film Festival in New York and, at the end of November it featured at the London Palestine Film Festival.

Set in the early 2000s, it tells the story of three Christian sisters who have lived a reclusive life in their Ramallah villa since the 1967 Six Day War. Driven by aristocratic affectation and domestic routine, their cloistered, controlled existence is unsettled by the arrival of their spirited 18-year-old orphan niece, Badia.

“I don’t think of this film as Israeli,” Arraf explained, speaking on the phone from Israel. “I chose to call it a Palestinian film because of its artistic identity.” The movie’s narrative, location and casting of Palestinian actors define it as such, and, she added, “In most of the world, the identity of a film belongs to the director, to the artist themselves.”

Although Arraf is an established writer — she wrote the screenplays for critically acclaimed films “The Lemon Tree” and “The Syrian Bride” (both directed by Eran Riklis) — she said it was a struggle to find funding for “Villa Touma.” She believes this is because the film presents a different aspect to the conflict. It does not depict “the wall, Hamas, Fatah or suicide bombings. It was not what people expected of me. It’s a very bourgeois, classic film about Palestinian Christians.”

While it is certainly a political film, Arraf’s nuanced script presents the occupation in an indirect way.

“It looks inside the occupation,” she explained. “I use a lot of metaphors. The war surrounds the house, like the war surrounding the West Bank.” Subtle exterior sound effects such as ambulance sirens, shooting or shelling of houses are often heard but from inside the villa and always in the background. Arraf’s choice of color is, at times symbolic, with black, white, green and red — the colors of the Palestinian flag — evident in some scenes.

The film was inspired by a story that Arraf had come across when she was working as a journalist in 1990s, about a woman who had run a small boutique hotel in Ramallah. Known as “Little Paris” in its heyday, the hotel hosted King Hussein of Jordan and Omar Sharif among its guests. But after its closure in 1967, the owner, a former singer, had chosen to live as a self-imposed recluse, living alone behind its high walls and never venturing out.

“This woman captured me — the image of a lady who froze time because of the occupation, who couldn’t deal with the new reality. This is why I wrote this film.” 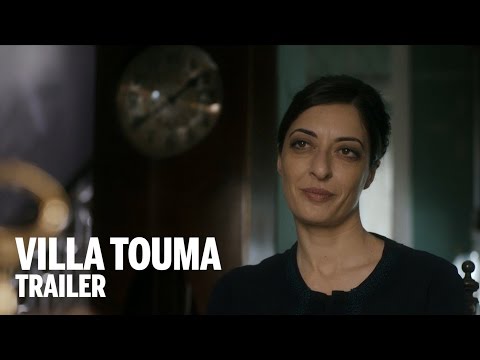