9 Palestinian Films Everyone Should See 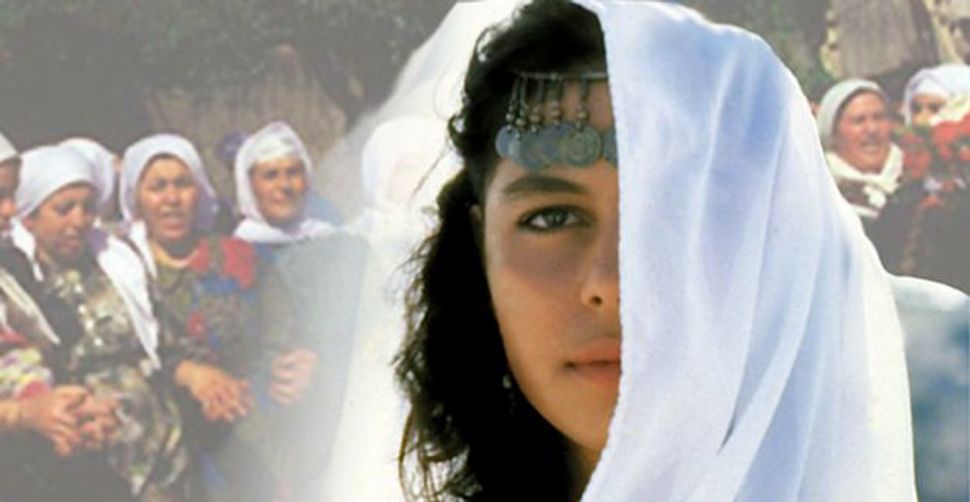 What constitutes a Palestinian film is a matter of huge debate. Some argue it is determined by the identity of the filmmaker, or by the film’s narrative. Others suggest it is production-led, and therefore depends on the financial institutions or individuals that back it.

Palestinian national cinema is a relatively young cinema, and it is unique in that it exists in the absence of statehood. This issue has led to controversy, as the Academy Award nominated film, “Divine Intervention” (see below) demonstrates. Here are 9 Palestinian films that can help you get up to speed on the best of the still-young tradition.

This was the first major Palestinian feature film made by an “insider,” and helped demonstrate the possibility of a Palestinian national cinema.

Despite being under curfew, a Palestinian mayor wants to celebrate his son’s wedding with a traditional ceremony. The Israeli military governor who rules the Palestinian village initially refuses, as he fears a political demonstration. Eventually he permits the celebration on condition he be allowed to attend.

This surreal, black comedy generated international interest in 2002 because of controversy over whether it could qualify for an Oscar submission for Best Foreign Film, due to Palestine’s disputed status. However it was considered for an Academy Award the following year. John Pavlik, a spokesperson for the Academy, said that the committee decided to treat Palestine in the same way as Hong Kong.

Suleiman plays E.S., who cares for his ailing father in Jerusalem while also having an affair with a woman in Ramallah. As the two are forbidden from moving between the two cities, their relationship is conducted at an Israeli army checkpoint.

This multi-award winning film tackles the issue of suicide bombings head on, telling the story of two Palestinian men who prepare for an attack in Israel. As well as winning numerous awards at film festivals worldwide, it won a Golden Globe (the first time a Palestinian film had been nominated) and was submitted for an Oscar in 2006.

Again, the Oscar nomination (2006) was subject to debate and controversy. Israeli officials disputed its representation and the country of the film was then referred to as the Palestinian Authority, but was later changed to the Palestinian Territories. The issue of funding also arose. Although the film had been categorized as Palestinian, it had been produced with European funds by an Arab-Israeli director.

This was Elia Suleiman’s first feature film, in which he also starred along with members of his family. He plays a character referred to as E.S., who has returned to Israel and the West Bank after a long absence. Suleiman has said that the film represents his personal journey of what it means to be a Palestinian. It is shown in a series of mostly unconnected scenes presented with a documentary feel. The film is divided into two sections; the first chronicles domestic life in the Arab section of Nazareth and the second examines a more political view of the city.

Initially banned by the Israeli Film Board on the basis that it was libelous and might offend the public, “Jenin, Jenin” is a documentary that examines what Bakri refers to as the “Palestinian truth” about the clash between the Israeli army and Palestinian residents of the Jenin refugee camp in April 2002, during Operation Defensive Shield.

This is the first feature film made by a female Palestinian female director. It focuses on the story of Soraya, a Palestinian woman born in Brooklyn who travels to Ramallah on a quest to reclaim her grandfather’s home and money that had been taken from him prior to his expulsion in 1948. She meets Emad, who wants to leave Palestine and, tired of the constraints on their lives, they decide to take matters into their own hands, even if it means breaking the law.

This bittersweet comedy tells the story of daily life in Ramallah, focusing on former judge turned taxi driver, Abu Laila (Mohammed Bakri). On the day of his daughter’s 10th birthday his wife requests he comes home early and bring her a present and a cake. What appears to be a straightforward task becomes an absurd adventure of life under occupation.

This raw documentary is about a children’s theatre group in Jenin, established by the filmmaker’s mother Arna Mer-Khamis, an Israeli Jewish human rights activist. Shifting in time, it juxtaposes the lives of the children in the theatre, with the martyrs and militants that they become. Militants assassinated the director in Jenin, in 2011.

This multi award winning Oscar nominated thriller tells the story of a young Palestinian man under pressure to collaborate with the Israeli authorities.

9 Palestinian Films Everyone Should See