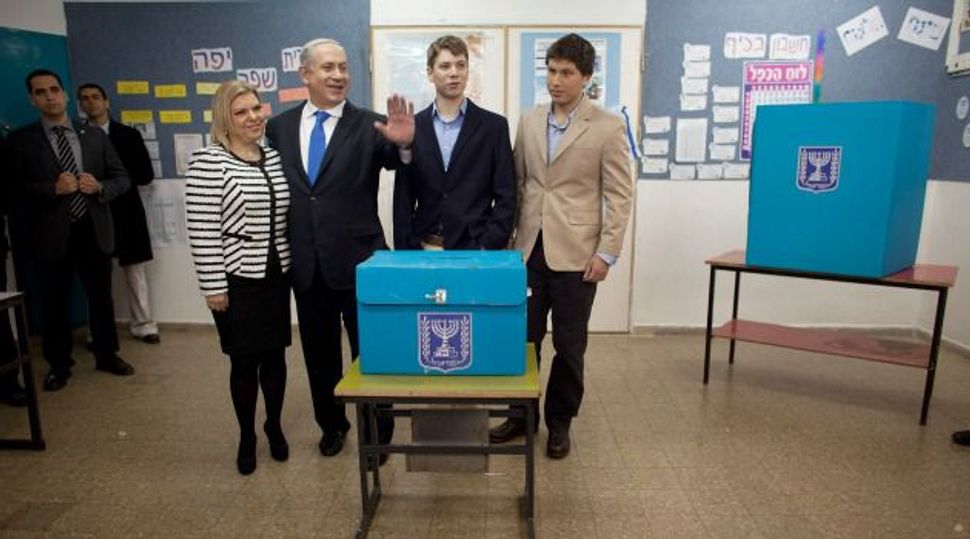 Avner Netanyahu waved goodbye to mommy and daddy Netanyahu on Monday, as he began his military service in the Israel Defense Forces.

Proud papa Bibi was there to see his youngest son off, along with wife Sarah and son Yair, who has already completed his own military service. According to the Times of Israel, Avner was offered a position in the military’s media corps but chose to serve in a combat unit.

The Israeli prime minister, who served as an officer in the Sayeret Matkal commando unit, assured the other worried parents that really, he gets it. Keep calm and carry on.

“We are moved just like every mother and father who watch their son go off to the army,” he said. “We are full of pride and naturally worry. Everyone knows this, every home in Israel, and we are no different. I told Avner to take care of the state and to take care of himself.”

“I wish success to all the soldiers who are being inducted today and to all the parents who are feeling the way we do — calm down, it will be okay,” he added.