Could Teacher’s Star of David Be Illegal? 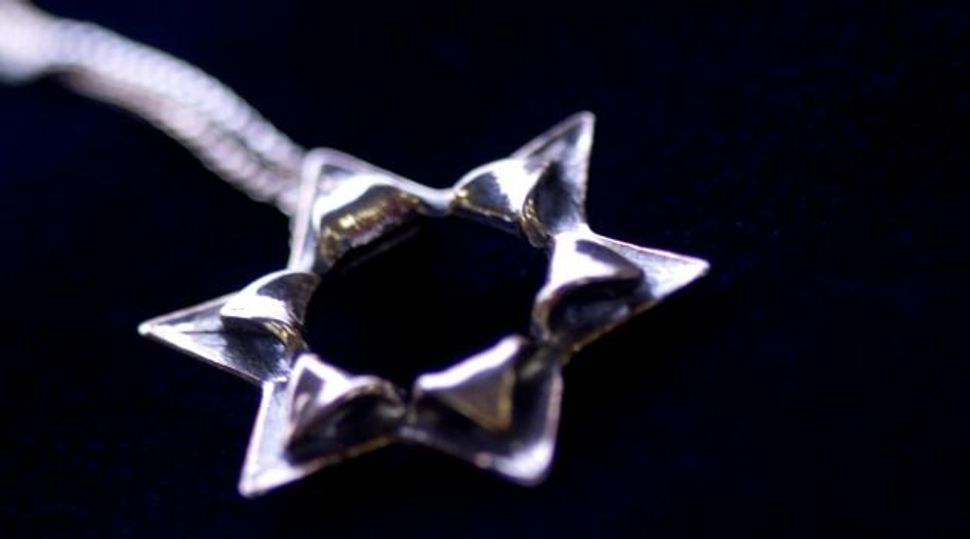 (JTA) — Here’s a tough question: Where might it break the law to wear a Star of David around your neck?

(Hint, the answer is not Nazi Germany.)

Give up? The correct response is the Township of East Pennsboro, Pa., where one man has a filed a formal complaint with the school district after his son’s teacher wore a Star of David necklace to class.

Despite his questionable understanding of U.S. public school curriculum (do students learn about education?) Perce’s complaint has some legal backing.

A 1949 Pennsylvania statute holds that “no teacher in any public school shall wear … any dress, mark, emblem or insignia indicating the fact that such teacher is a member or adherent of any religious order, sect or denomination.”

The school district has reportedly sided with the teacher, although Perce has vowed to pursue the complaint. He says that the board could be fined and the teacher suspended if no action is taken.

Oddly enough, Perce is no stranger to religious controversy. Today a self-proclaimed “Orthodox Christian,” he was once the state director of the Pennsylvania chapter of American Atheists and led a protest against a resolution to call 2012 the “Year of the Bible.” On Halloween that year he made national headlines when — dressed as “Zombie Mohammed” — he was attacked by an angry Muslim passerby. When his attacker was prosecuted, the presiding judge dismissed the charges and scolded Perce for his offensive behavior. That judge was later rebuked by Pennsylvania judicial authorities.

If nothing else, at least Perce’s complaints don’t seem to be motivated by overt anti-Semitism.

As far as we know, Muslims are permitted to cover their heads in all American public schools. Maybe Perce thinks he’s in France?

Could Teacher’s Star of David Be Illegal?