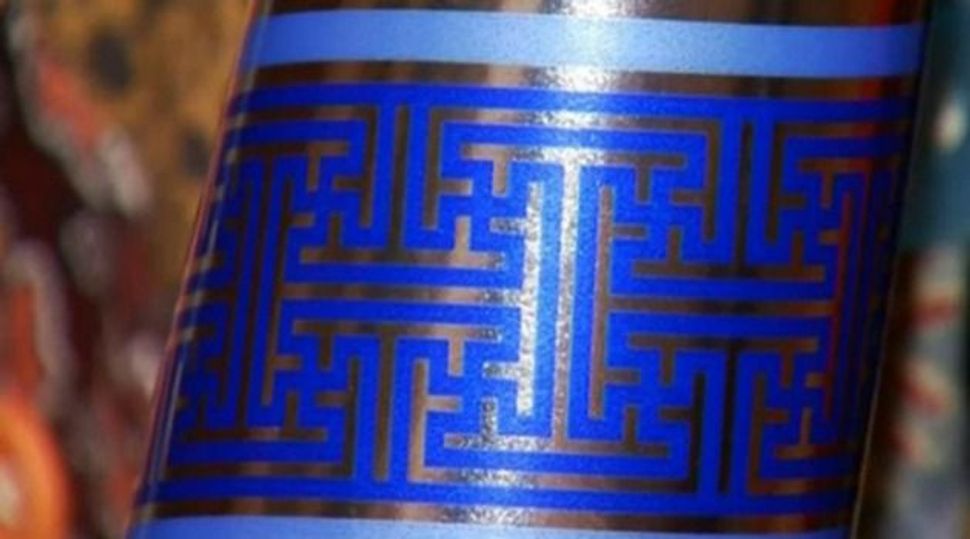 Cheryl Shapiro was shopping in the Northridge, California, Walgreens’ Hanukkah section when she came across something odd — something swastika-shaped. Shapiro, who was in the store with her grandson, was outraged.

“I told them I wanted this taken off the shelves immediately – not just your store, but national,” Shapiro said. “I was really putting my foot down because I was appalled by this.”

“I came home and I spoke to my rabbi. He couldn’t believe it,” she continued. “I’m still very upset about it, that something like this could be on the market.”

NBC4 Los Angeles reports that Walgreens is “looking into” the incident, but that the local store has removed the offending item from its shelves.

UPDATE The international Raelian movement has issued a statement calling for the item to be placed back in stock.

“We feel outraged by Walgreen’s decision and ask for this gift wrapping paper to be made available again,” said Raelian Guide Thomas Kaenzig, who is also president of an organization known as the ProSwastika Alliance.

“The swastika is still a holy symbol for billions of Hindus, Buddhists, Jains and Raelians,” Kaenzig explained. “Long before it was unjustly hijacked by Hitler and the Nazis for ill purposes, it was revered for thousands of years as a religious symbol and a sign of good will. It can be found worldwide in architectural features and decorative ornamentation of all kinds, including in Jewish synagogues. It can even be found in many places in Israel. [See <www.proswastika.org/israel>]

“It’s unacceptable for us to see a major U.S. retail chain ban this symbol that is so dear to billions around the world,” Kaenzig said. “Would Walgreens dare to remove gift wrapping containing crosses if a Native American complained that his culture suffered enormously under the Christian cross? And what about an African American whose ancestors died at the hands of the Ku Klux Klan in front of a burning cross?”

“Why this double-standard?” he asked. “In the name of Raelians, Hindus, Jains, Buddhists, Native Americans and others around the world for whom the swastika conveys only its beautiful ancient meaning, we demand that Walgreens swiftly reintroduce this wrapping paper,” Kaenzig said. “And we ask that Walgreens also issue an apology to the millions of people right here in the United States for whom this symbol is sacred.”