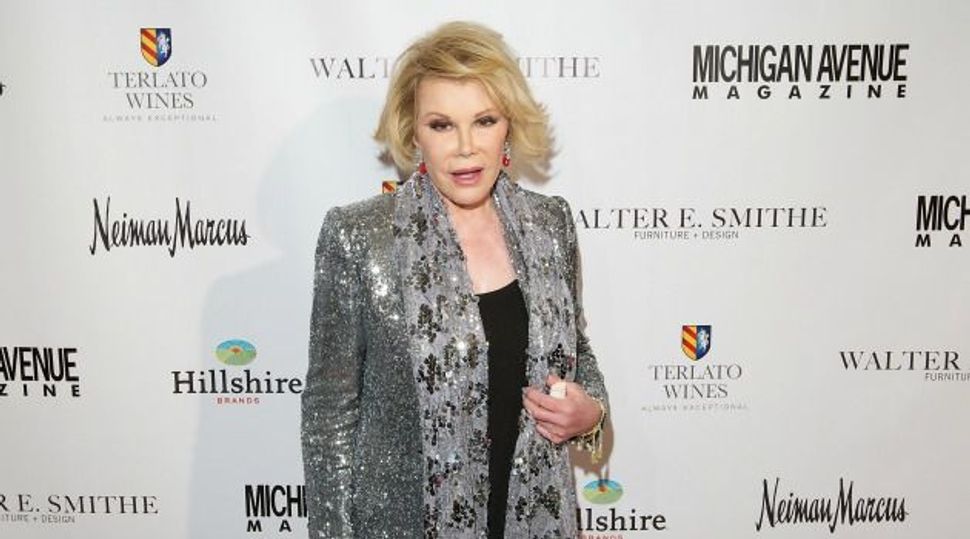 Comedian Joan Rivers’ will left money to several charitable organizations to which she was connected.

Among the Jewish organizations which received bequests were the Jewish Guild for the Blind, Jewish Home and Hospital Foundation, and the Simon Wiesenthal Center in Los Angeles.

The amount received by each organization is unknown, since they will be paid from a confidential trust, the New York Daily News reported Wednesday, citing papers filed in Manhattan Surrogate’s Court.

Rivers died at the age of 81 in September, a week after being rushed to Manhattan’s Mount Sinai Hospital after her heart stopped during throat surgery at a clinic. Doctors at the hospital put her in an induced coma from which she never awoke.

The newspaper reported that Melissa Rivers plans to file a wrongful death suit against Yorkville Endoscopy, the Upper East Side clinic which performed the surgery.