‘5 Cameras’ Filmmaker Struggles To Get Funding 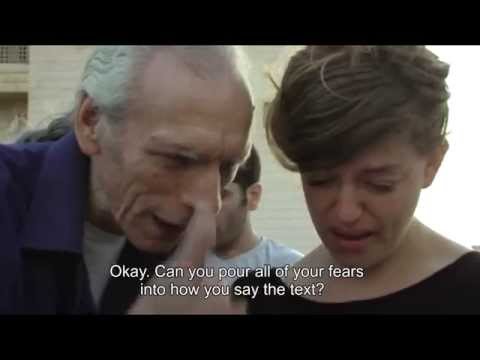 Israeli documentary filmmaker Guy Davidi is struggling to raise enough money to finish his new film. A crowd-funding campaign that will end this weekend is still short of its goal.

Davidi’s “5 Broken Cameras,” which he co-created with Emad Burnat, was an Oscar nominee and won an Emmy.

But he’s having trouble raising the last $20,000 needed to complete the current project called “Mixed Feelings” — and the campaign on Indiegogo was still a few hundred dollars short on Friday afternoon.

Why couldn’t such an accomplished filmmaker find more conventional funding sources in Israel?

“There are of a few reasons for that,” Davidi told the Forward in an email. “One is the controversial content of the film.”

“Mixed Feelings,” which was six years in the making, follows the work of Amir Orian, an Israeli actor who founded an alternative theater in his home and is explicitly critical of the Israeli regime.

“5 Broken Cameras” and Davidi’s other well-known film, “Interrupted Streams,” both took place in the Palestinian West Bank village of Bil’in.

“Mixed Feelings” is Davidi’s first feature film about Israeli Jewish society. He finds it ironic that this project in particular is getting a cold shoulder from the Israeli film and television industries. He explains that the idea of depicting Palestinians resisting the Israeli occupation is easier to digest than a dissident Jewish voice.

“This characterizes the Israeli culture. There is a reluctance to deal with figures who have a solid political stance,” says Davidi.

‘5 Cameras’ Filmmaker Struggles To Get Funding