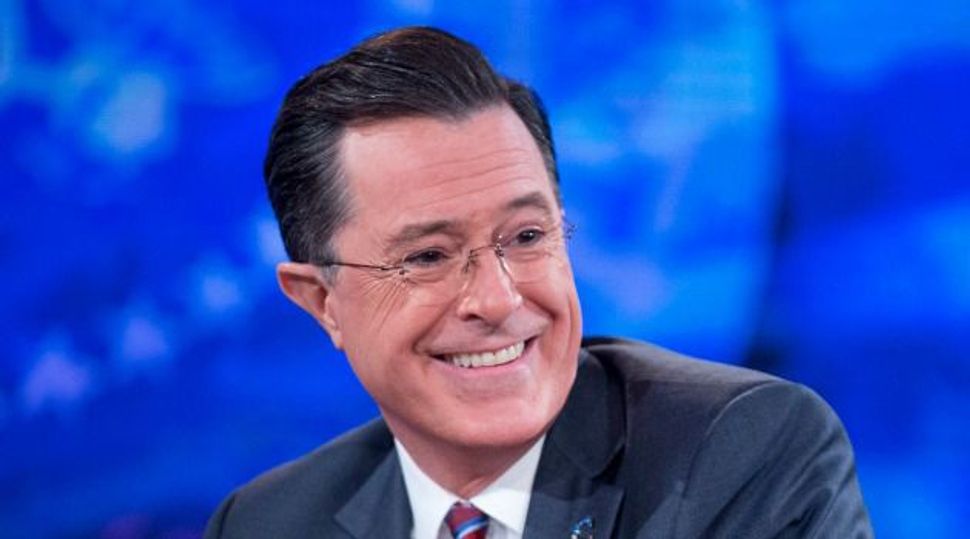 (Reuters) — Stephen Colbert filed his final “Colbert Report” on Thursday, bidding farewell to his popular cable television show with the help of scores of celebrities who crowded onto the stage for a rousing sendoff to the tune of “We’ll Meet Again.”

Colbert, 50, ended his show’s nine-year run on the cable channel Comedy Central without any guests, until the show’s final moments when he broke into song and was joined by Jon Stewart, on whose show Colbert first popularized his persona of an egocentric, bombastic conservative pundit.

Colbert stuck to regular segments, including his satiric commentary, “The Word” replete with references to his trademark “truthiness” and other catch phrases, before accidentally killing off the recurring grim reaper character, Grimmy, exclaiming “I just killed death. That means I am immortal.”

In a final bit, he was picked up from the roof by Santa’s sleigh, joined by “Jeopardy” host Alex Trebek.

“That was fun. OK, OK, that’s the show,” he commented, concluding “From eternity, I’m Stephen Colbert. John,” handing back to Stewart.

Colbert is set to take over CBS flagship late night talk show “The Late Show” after current longtime host David Letterman leaves in May. CBS recently announced that the show will remain in New York.