Looking at Ramat Gan From the Inside Out 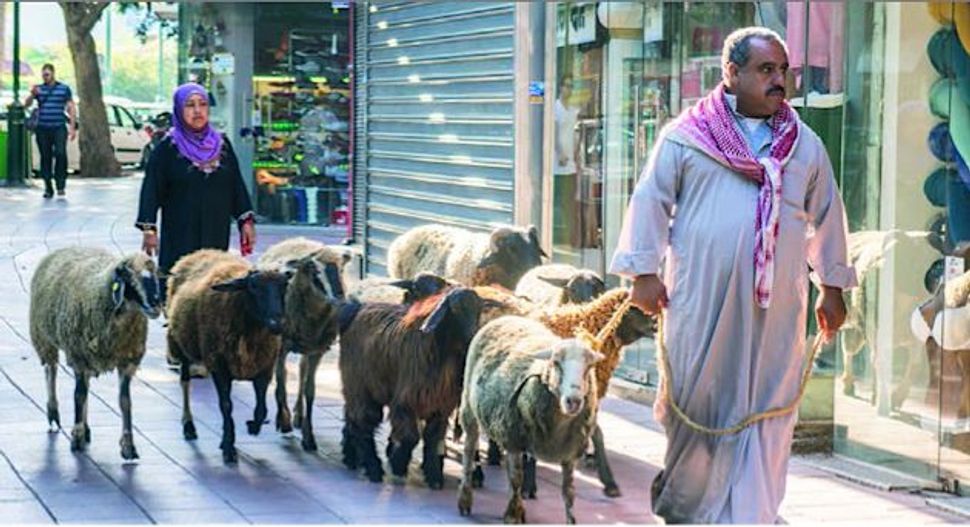 In a career that has spanned over 40 years, veteran Israeli filmmaker Ram Loevy has produced some of Israel’s most prominent and challenging television documentaries and features. Renowned for raising social and political issues, Loevy has addressed subjects such as class conflict, torture, the prison system and the Israeli-Palestinian conflict. His 1986 award winning drama, “Lehem,” (“Bread”) exposed the problems of unemployed, working-class Mizrahi Jews living on the country’s periphery. In 1993, Loevy received the prestigious Israel Prize in Communication, Radio and TV in recognition of his achievements. He is also Professor Emeritus at Tel Aviv University.

Yet Loevy’s latest documentary, “Let’s Assume, For a Moment, That God Exists,” is somewhat of a departure for him. Here, he has turned his camera’s attention to Ramat Gan in an attempt to provide “a collage of the place.” It is an affectionate, if slightly unconventional portrait of everyday life in the neighborhood in which he lives and it is, by his own admission, “a strange film… which has a strange name, which jumps from one item to another.”

Loevy — in London last month for the film’s screening at the UK Jewish Film Festival — explains that he made “Let’s Assume” because he had “come to an age [Loevy is 74] where you are questioning all your principles.” For him, this meant his artistic, filmic principles. This is no issue driven documentary, more a fly-on-the-wall observation where not much happens.

A walk down the street was one of the catalysts for the film. He was walking near a woman who stopped suddenly while she was talking on the phone. It was not clear what she had said but her dramatic reaction during the call fired his imagination. He decided to take a fraction of the overheard conversation and give it to scriptwriters. The result is a 70-minute film that portrays the “thoughts, fears, the dreams, the recollections of the people who I interview, or who I show, including myself.”

The film also features a rather bizarre but somehow plausible appearance of shepherds walking their goats though Ramat Gan. The idea for the scene evolved from another observation. During one of his daily walks he passed a hill, near Ramat Gan, and noticed sabra fruit growing there. He says that their presence indicated the former existence of an Arab village, as cacti would have been planted in the late 1940s to protect it. So, in order to symbolize the past, he decided to film the shepherds walking in the very place where their ancestors would have walked, hundreds of years ago.

The film opens with a comment on the purpose of documentary film, describing it as a “desperate attempt” to document what cannot be documented. Loevy explains that documentaries are a means by which we “try to learn more, to get more in touch with another human being or situation.” But, he says, you can only achieve this in part, which makes it “disappointing.” This is because, “You cannot really grasp the world, you cannot grasp fellow human beings. You can only grasp part of it.” He acknowledges that a documentary filmmaker presents a certain reality; images have been created and cut according to their perspective and Loevy agrees this is a criticism of documentary film as an art form. “It’s an art form which is supposedly talking about reality, about the truth but there’s no such thing as telling the truth, the whole truth and nothing but the truth.”

Some of the individuals that we see such as Eli the Iraqi barber or Meir, the owner of the grocery store, are genuine characters in the neighborhood; others are actors whom Loevy has given an identity. As a member of the neighborhood he believes he has license to present it in the way that he wishes.

But perhaps the nature of community is universal. We may not live in Ramat Gan and interact with characters like Eli or Meir yet, suggests Loevy, we will certainly know characters like them within our own neighborhoods. “I love the people who are in my community,” he admits, “and [I wanted] to bring them forward to the audience.”

Let’s assume, for a moment, that God exists – Excerpt eng. sub. from Thalia Hoffman on Vimeo.

Looking at Ramat Gan From the Inside Out