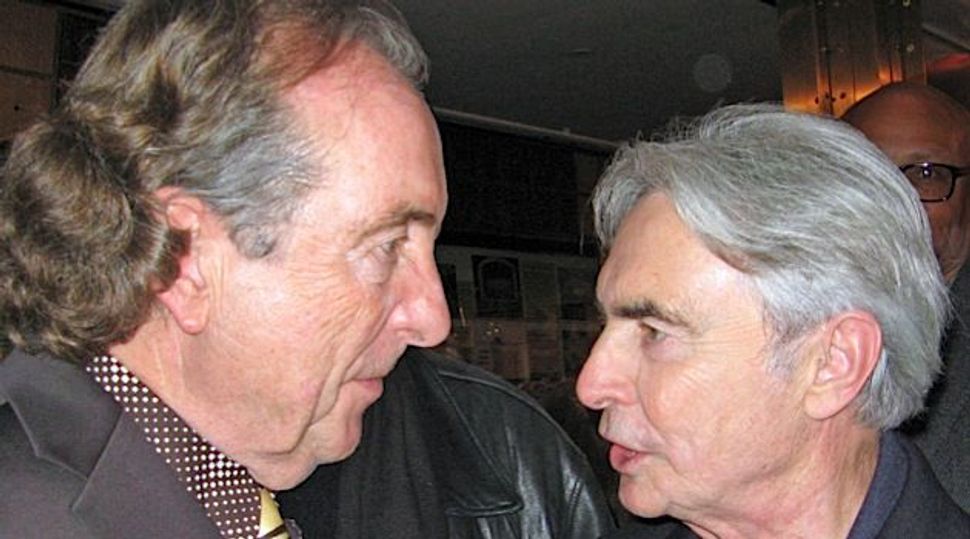 For longtime fans or those new to Monty Python’s wacky irreverence, the Collegiate Chorales’ New York City premiere of “Not The Messiah (He’s a Very Naughty Boy)” — a comic oratorio with libretto by Eric Idle and score by John du Prez — at Carnegie Hall was a kick to the religious funny bone. With Cecil B. De Mille-ish bravura, the nearly 200-strong Collegiate Chorale under the baton of Artistic Director Ted Sperling accompanied by the Orchestra of St. Luke’s and members of the New York Metro Pipe Band, the production was a perfect year-end musical elixir.

Inspired by Monty Python’s “Life of Brian [Cohen]” and narrated by Idle, this Biblical spoof is about the son of an abandoned Judean woman with whom a Roman Centurion “had his way” who is mistaken for “The Chosen One.” With stellar performances by soprano Lauren Worsham Mezzo-Soprano Victoria Clark, Tenor William Ferguson, Bass Marc Kudisch and “Sheep Lady” Lynne Marie Rosenberg (three stuffed sheep attached to her gown!) it is a sacrilegious hoot.

Possibly inspired by that choral leviathan “Carmina Burana” and filtered through Idle’s genius, the lead off was an ear-shattering “There Shall Be Chaos and Confusion!…There Shall be Monsters! Damnation!” with counter-charges of “I’m right, you’re wrong” and a final “shut up!”

Along the way someone asks “Is it A.D. yet?” Another shouts: “Look in the sky over Bethlehem!” and yet another shout of “Jesus Christ!” elicits the reply “No! Next Door… Mrs. Cohen… she has a boy named Brian.”

Turns out Brian is “not the chosen one, not the hero of his race, just the wrong man at the wrong time in the wrong place.” Yet Brian’s heart is in the right place. In “The Temptation of Brian” he sings: “I want to change the world… set my people free. This is the promised land — one day free from Roman tyranny!” But mother cautions that his father was Roman. “Not Hyman Cohen?” asks a bereft Brian. “That’s your cousin’s brother” explains mother. 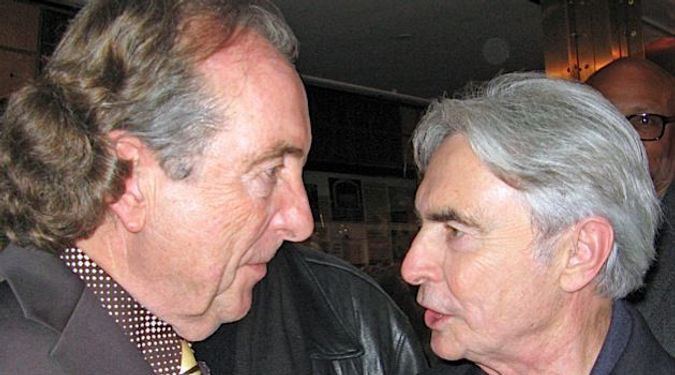 In doo-wop mode, Brian sings “Woe is Me… Shaboom, Shaboom.” With a nod to Gilbert and Sullivan patter songs, Marc Kudisch asks “What Have The Romans Ever Done For Us?” which Idle interrupts with “aquaducts, the roads… sanitation… the baths… wine fermentation.” Mistaken for the Messiah In the marketplace, Brian pleads, “No I’m not!” while the crowd insists “But you look like one!” This is followed by the mega decibel chorale “You Are The One!” with bagpipers marching down the aisles onto the stage. Along the way there was more delightful meshugas that included a Victor Borge-ish harpsichord moment, a Mariachi band with the audience joining the Chorale in the “Always Look on The Bright Side of Life” finale.

Post performance chats transpired with Eric Idle, SNL writer and producer Alan Zweibel, actress Shirley Knight and Canadian comedian and director David Steinberg who joshed: “Idle’s is the most concise and spectacular version of religion we’ve got right now. And, he’s not Jewish. So what’s wrong with looking at the bright side of life?”