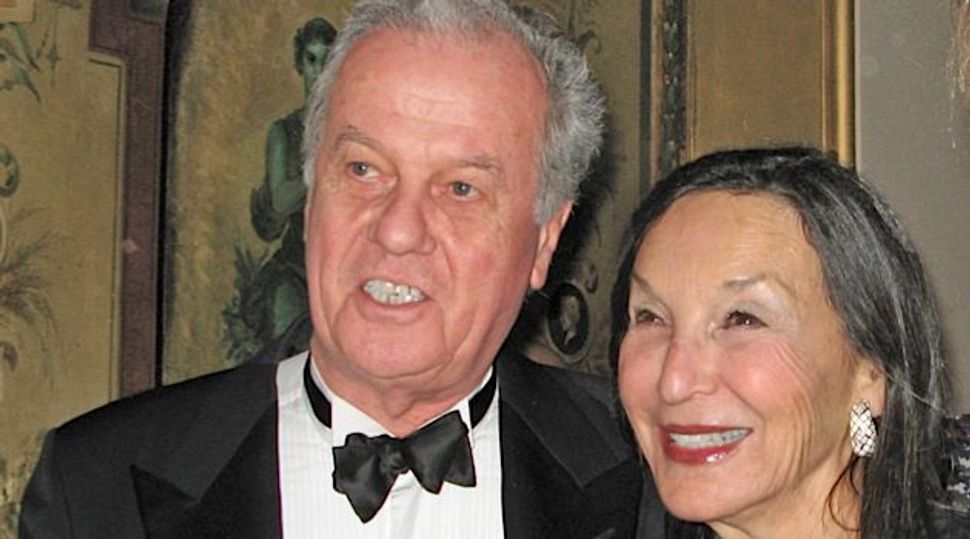 Jeremy Levine, a partner at Bessemer Venture Partners, presented the Pilier d’Or award to his friend Grinda “one of the world’s leading internet entrepreneurs and inventors.” Levine recalled: “Twenty years ago he had the office next door to me and I had to regularly bang on the wall because of the heated arguments he had with his office mate. Never about work, but some geo-political issue. His office mate [Einat Wilf] went on to become a member of the Israeli Knesset and Fabrice became one of her most critical political backers.”

“The lesson for me is that a deep passionate debate seeded a very long friendship…. I invested in one of his companies quite profitably… Thank you Fabrice! First he made a fortune identifying clever Internet business models and exporting them from one country another…. His first start-up was essentially a copy of eBay; another was a copy of Craigslist. An emulator, a copier and adapter, he exported to places like Brazil and India. He employs hundreds of people and funds schools in a poor town in the Dominican Republic.”

Born and raised in France, a somewhat embarrassed Grinda — who moved to the U.S. to attend Princeton — informed the audience: “When I look back twelve years ago I was basically bankrupt, living in an office on Ramen noodles and fresh water. With persistence and innovation I managed to draw victory from the jaws of defeat…. If you don’t know something isn’t possible, you might go ahead and do it. Being an entrepreneur [means] facing failure again and again. There is a magic about creating something out of nothing.”

Internationally renowned gallery owner and art dealer Barbara Gladstone presented the Trophee des Arts award to interior designer Jacques Grange “who has created some of the most magnificent spaces in France, the U.S.A. and places in between and beyond.” His first American client was Ronald Lauder and a client roster that includes Yves St. Laurent, Princess Caroline of Monaco, Valentino, Francis Ford Coppolla and The Mark Hotel.

The gala’s heated live auction included — among others — “suggested” $35,000 bids for a “One Week Stay in Provence” or “A Red Carpet Walk With The Stars in Deauville,” and a more modest “Twelve bottles of Chateau Laffite Rothschild” (courtesy of Robert de Rothschild) with proceeds earmarked for FIAF’s educational and cultural programs.