My Brush With Herzl’s Beard 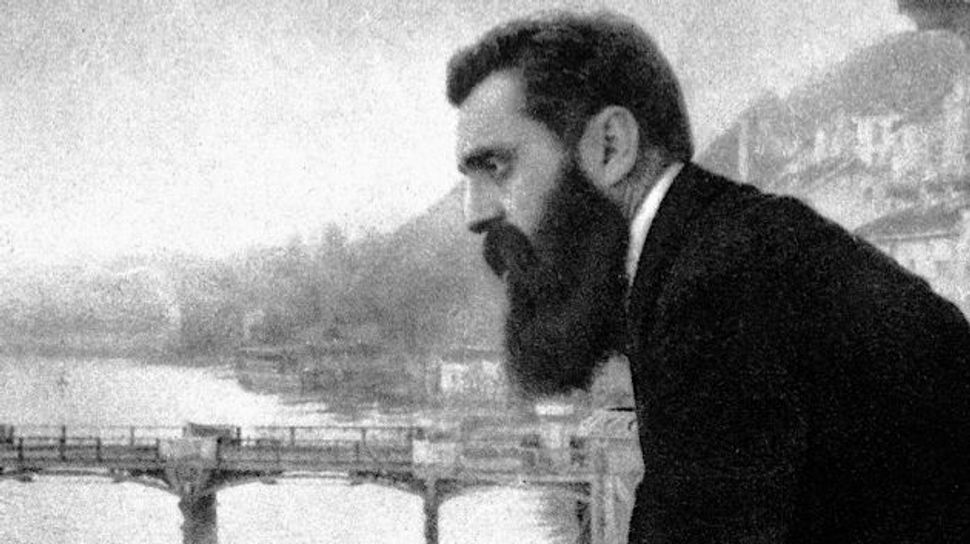 Just think of Theodor Herzl and what do you see? A long, lush, black beard. There it is on Herzl’s prophetic profile staring out from the hotel balcony in Basel pointing Zion-ward. There it is again groomed in three-quarter portrait, a flowing beard fit for a modern day Moses. No better icon of the Zionist movement exists than Herzl, and nothing dominates Herzl’s image more than his beard. Even Herzl’s piercing eyes are no match for the majesty of his beard that — in the words of one of his close friends — gave him the look of an Assyrian king.

And here’s the thing: I touched it. I actually touched Herzl’s beard. And I don’t mean metaphorically. I really and truly brushed the tip of my index finger across the whiskers of the great man’s great beard. Yes, there was trepidation. Awe, even. Imagine being able to reach out and stroke the wiry bristles of Zionism’s patron saint! While I know full well that Judaism neither condones the veneration of relics nor the worship of men, the sensation still sent shivers down my spine. But that’s a cliché and fails to get across the experience. Better: a kind of adrenal jolt surged through me as I connected with Herzl’s facial hair, a morbid charge that plugged me into powerful myths and made my own hairs stand up on the back of my neck.

What remains of the beard now rests in Jerusalem’s Herzl Museum. There, behind the thick panels of a glass wall, Herzl’s Viennese study has been reconstructed using many of his original furnishings. I was granted permission to enter the study in order to see if, as I had read, Herzl had indeed made notations about possible lands of Jewish refuge on his globe. Either he didn’t, or the German globe on display isn’t original, or Herzl owned more than one globe.

I was disappointed not to find what I was looking for, and then I noticed Herzl’s death mask lying on a shelf below the globe. The faces of the famous and infamous were often cast in plaster of Paris just after death to preserve their features for posterity. At first, morbid curiosity drew me to take a closer look at the plaster visage of the man whose vision gave rise to the modern State of Israel. Herzl died 110 years ago at the age of 44, my age now. Thoughts of mortality yielded to astonishment when I saw that the death mask preserved a portion of Herzl’s beard after the plaster had hardened and was removed, presumably plucking with it numerous filaments of hair. Memento mori — remember that you too must die. But ideas, and maybe beards, can be eternal.

Adam Rovner’s “In the Shadow of Zion: Promised Lands before Israel” is now available from NYU Press.

My Brush With Herzl’s Beard