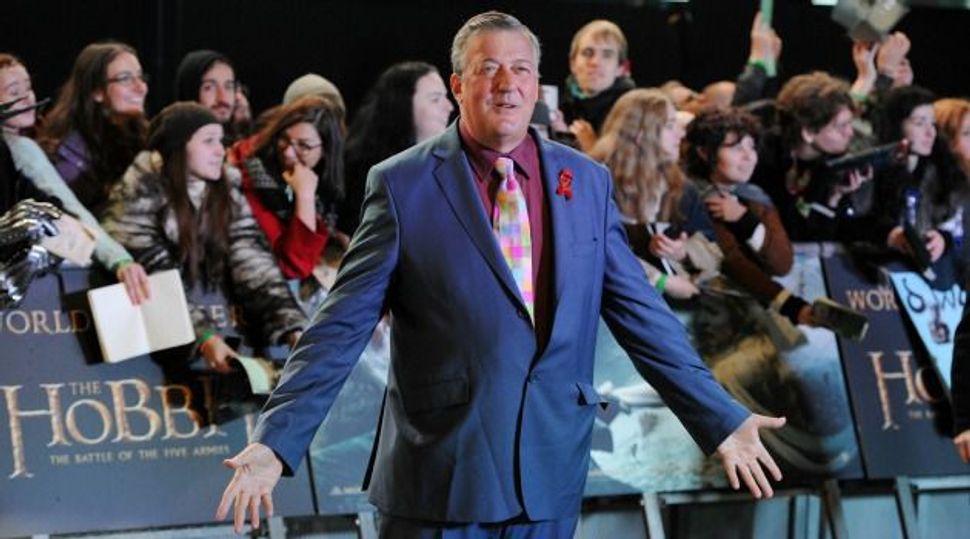 The best British Jewish comedian you’ve only kind of heard of, Stephen Fry, is tying the knot with 27-year-old partner Elliott Spencer. Fry took to to Twitter to confirm the news, though a date has not yet been set.

Oh. It looks as though a certain cat is out of a certain bag. I’m very very happy of course but had hoped for a private wedding. Fat chance!

Friends of the 57-year-old Fry, who suffers from cyclothymia, a form of bipolar disorder, say he has never been happier.

“We’ve got the old Stephen back,” one friend told The Sun. “He has spoken about his problems in the past because he wants others suffering with depression and loneliness to know it can affect everyone.”

In 2013, the comedian opened up about his battle with drugs and depression and his two suicide attempts.

Mazel tov to the happy couple!

If you’ve never heard of Stephen Fry, here’s a taste of the many belly-aching bouts of laughter that await you: