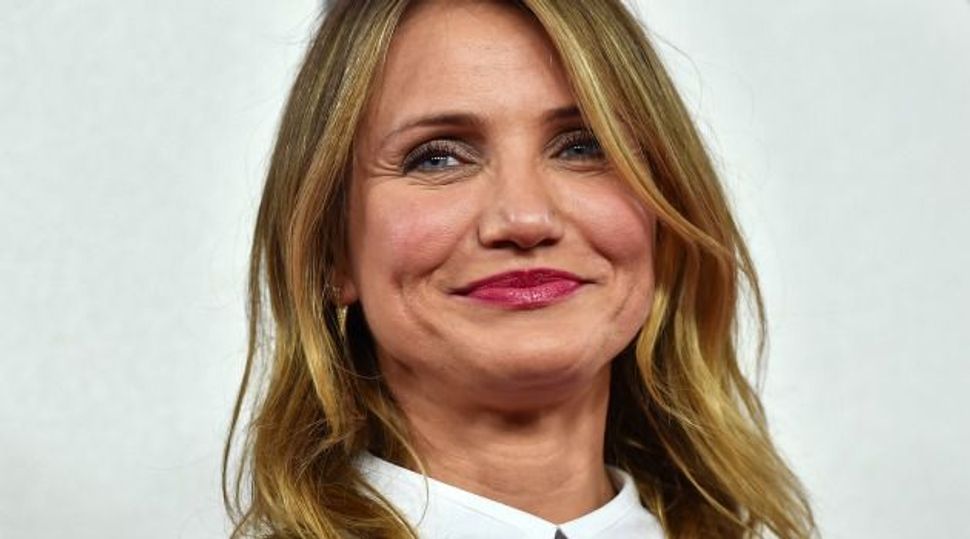 Mazel tov, Cameron Diaz! At least, we think so.

The non-Jewish actress tied the knot yesterday in a Jewish ceremony with Good Charlotte’s (maybe Jewish? — status ambiguous) Benji Madden. Yes, you read that right. Two celebrities with no apparent connection to Judaism decided it would be fun to say “I do” under a chuppah (after scouring the Internet, I was unable to find any reference to Benji’s Jewish background, but hey — who knows).

Us Weekly reports that the ceremony, attended by 100 guests and planned by Yifat Oren (so THERE’S the Jewish connection) and Stefanie Cove, was held on a stage in Diaz’s home.

The traditional seven blessings were recited, and yes, Benji crushed the glass as twin Joel Madden and his wife Nicole Ritchie looked on.

But wait, it gets weirder. Per Us Weekly:

After the vows, Madden requested personal time with Diaz, during which they entered a private room for about 30 minutes, asking not to be disturbed — a Jewish wedding ritual known as Yichud.

I’m not really sure how to feel about this. Is Good Charlotte a good Jewish band? Or Is Judaism just the new kale?