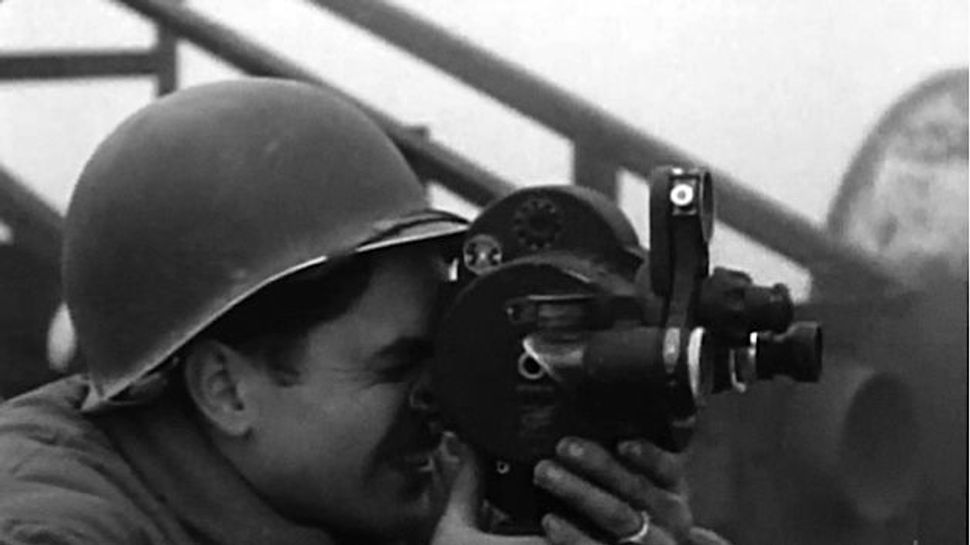 “Night Will Fall” is not just another film documenting Nazi atrocities. It is also an anger-inducing reminder of how little the Allies did after the war to help the victims.

The film debuts January 26 on HBO, and will be rebroadcast January 27 on networks around the world to commemorate International Holocaust Remembrance Day.

At its heart, “Night Will Fall” is a “making of” documentary, but it is about the making of a film that wasn’t completed until almost two decades after it was shot. In April 1945, combat cameramen were assigned to accompany British troops about to enter the Bergen-Belsen Concentration Camp.

Sidney Bernstein, a film producer and founder of both the Granada Group and Granada Television, was head of England’s Film Psychological Warfare unit and wanted to document the atrocities. He said he wanted to “film everything, which would prove one day that this actually happened… because I guessed right. People would deny this ever happened.”

At first, the cameramen had no sound equipment; that came later. U.S. and Soviet footage at Dachau and Auschwitz were added, and Bernstein brought his friend and colleague Alfred Hitchcock in to help supervise. Hitchcock’s advice for the cameramen was to use the longest takes possible so people would know for sure that what they saw was real and not tampered with. This was of course long before computer generated images were able to create false realities.

Obviously, the images captured here are stark and depressing, but they have become almost too familiar, virtually to the point of numbness. Emaciated humans here; 30,000 “dead prisoners stacked in twisted heaps like marble statues” there.

The numbers are so great they lose meaning. What restores perspective are some of the comments from surviving cinematographers. A U.S. Army sergeant is typical: “I had peered into hell.” Then he starts to cry before continuing: “It’s not something you’re likely to forget.”

He was wrong. In the aftermath of the war, helping the victims became secondary to the world of realpolitik. Hitchcock had already begun reviewing and editing the film when the government put the kibosh on the project. Ostensibly, the film was too incendiary for viewing. Incendiary yes, but for whom? Both the British and the Americans did not want to enflame the Germans, whom they deemed potential post-war allies and bulwarks against the Soviet communist menace.

The raw footage was placed in the Imperial War Museum, where it was rediscovered in 1984, edited and shown on the BBC. By then, of course, the State of Israel had already provided a home for the tortured survivors, no thanks to the Allies. Both turned their back on survivors, not taking any immigrants. Britain of course also worked against migration to Palestine.

This time around, director André Singer did an excellent job integrating old and new footage. HBO and the other networks that air the movie should be commended. The film suggests that we should remember what happened, but serves as a reminder, too, that on this day, in this global atmosphere, how easily it can happen again.