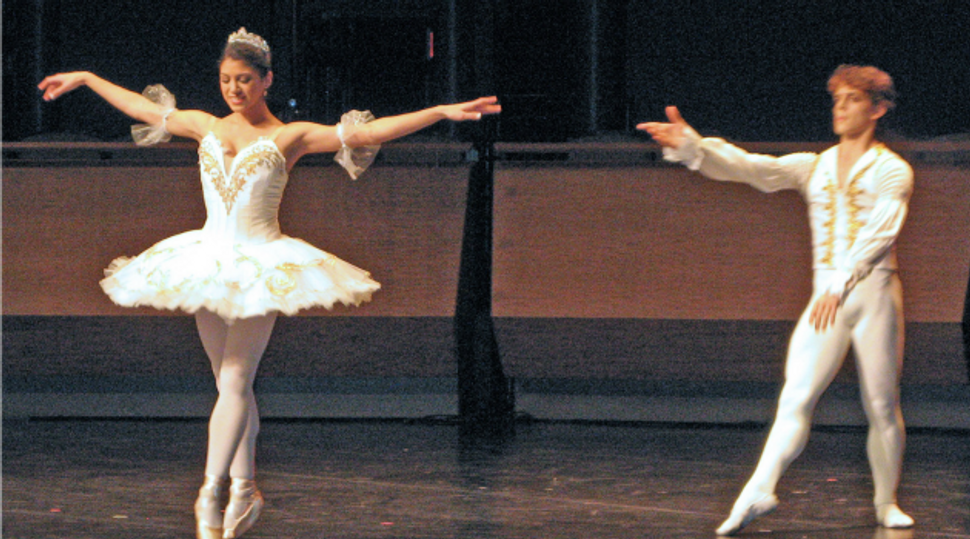 The America-Israel Cultural Foundation’s 75th Gala Celebration at Lincoln Center’s Rose Hall was a thrilling event. Host and past AICF honoree Itzhak Perlman recounted that as an 11-year old fifty-nine years ago upon receiving his scholarship from Israel’s then PM Moshe Sharett (who had changed his name from Shertok to Sharett) he’d been urged by the PM to Hebraicize his family name. Perlman smiled: “Had I changed my name to Ish-Peninim (Hebrew for Perlman) “Would anyone have heard or spoken of Perlman playing Beethoven’s Violin Concerto in D Major?”

Honoree violinist Miri Ben-Ari accepted her award from Jersey City Mayor Steven Fulop and Dinesh Paliwal, CEO of Harman International. Ben-Ari, a Grammy award-winning violinist, producer, humanitarian and UN Goodwill Ambassador of Music, is CEO of “Gedenk”, a non-profit organization dedicated to promoting awareness among young people about the Jewish Holocaust. A classically trained violinist she has helped sell millions of records by collaborating with other Grammy Award winners including Kanye West, Jay Z, Alicia Keys, Wynton Marsalis, Patti La Belle, Janet Jackson, — some of whom are featured in her album “The Hip-Hop Artist.” Starting at five, she got her violin from Isaac Stern, founder of AICF. A frequent performer at president Clinton parties, she performed at the Martin Luther King Jr. Memorial dedication in Washington D.C. Her single “Symphony of Brotherhood” was the first instrumental single to hit Billboard’s Hip Hop/R&B charts.

Thanking the 1200 attendees, for “supporting the talented youth of Israel — the heart of this wonderful country ‘s artistic life and spirit,” AICF president Bill Schwartz lauded the Haggai Cohen Milo Ensemble who opened the program, then added a few more Ben-Ari kudos: “She was honored at the White House as a ‘Remarkable Woman’ by First Lady Michelle Obama and has received the Al Sharpton Martin Luther King Community Service Award” as well as the first Dr. Martin Luther King Israeli Award from President Shimon Peres.

A highlight of the event was the exquisite performance by 12-year old ballerina Amit Hason who danced “Variation from “La Esmeralda” — choreography by Petipa — and a sparkling Past-de-deux interpreted by Gelsey Kirkland Ballet dancers Erez Ben-Zion Milatin and Nicole Assaad. An extraordinary talented 12-year old cellist Daniella Akta and mezzo soprano Maya Lahyani were among the event’s memorable artists.

Since 1939 AICF has supported 17,000 young artists with scholarships and has contributed to the growth of more than 600 of Israel’s leading arts institutions. Alumni include: Daniel Barenboim, Pinchas Zuckerman, Yefim Bronfman, David Broza, The Jerusalem Quartet, and more…

David Homan executive director if AICF mused: “There will be a time in Israel when there are no more survivors and it will be a different Israel. When I think of what we will have when the memories fade, I think of all that we do together to keep those memories alive. The music, theatre, dance, art and film that Israel produces and is so vibrant around the world and is so amazing of what AICF ‘s 75 years of support has brought.