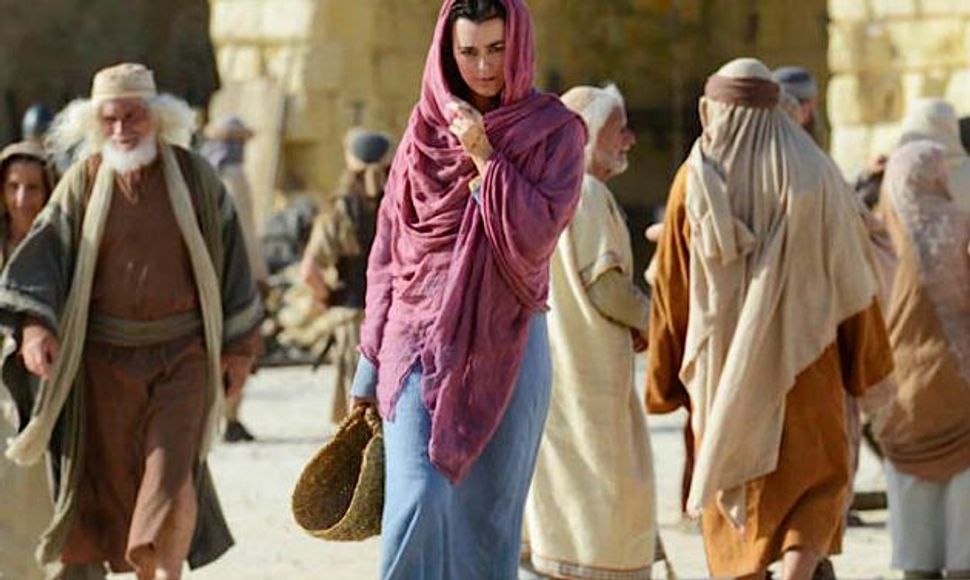 CBS has just released the trailer for the four-hour mini-series, “The Dovekeepers,” which will air March 31 and April 1.

The series is based on the critically-acclaimed and best-selling Alice Hoffman novel of the same name which, in turn, is based on true events at Masada.

The Masada story is told from the perspective of three woman — the titular dovekeepers — who arrive at the besieged fortress with unique backstories, and secrets.

Among the stars are Cote de Pablo, the Chilean-born actress best known for playing the Mossad agent on NCIS; Sam Neil, as the Jewish historian Josephus, and Diego Boneta as a warrior.

The series is being executive produced by Roma Downey (“Touched by an Angel”) and her husband Mark Burnett (“Survivor,” “The Voice”), who were also responsible for “The Bible” mini-series and theatrical feature “Son of God.”