Why Nancy Spielberg Made a Movie About the Israeli Air Force 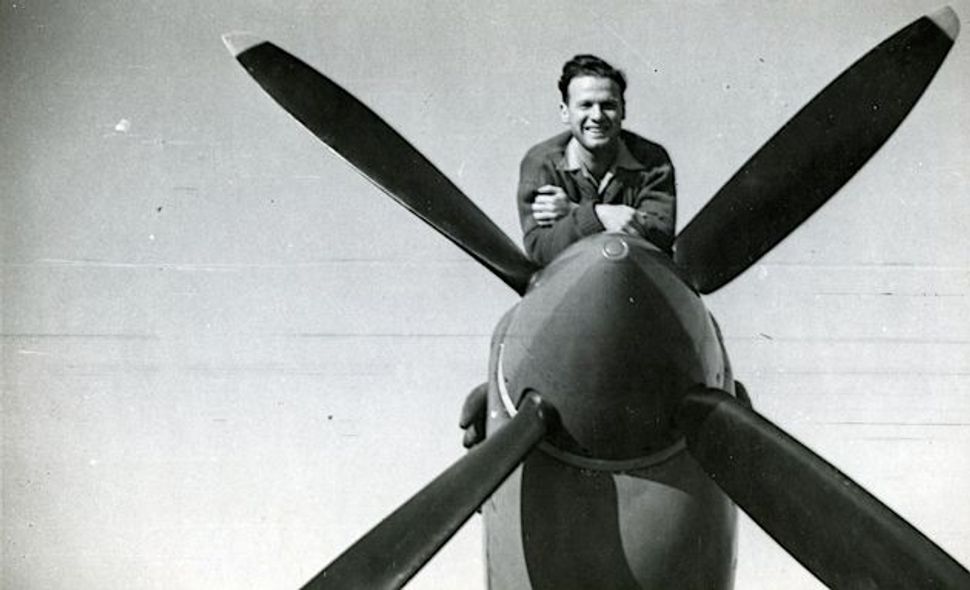 “Above and Beyond,” the documentary about the birth of the Israeli Air Force, started with an obituary. This according to the film’s executive producer, Nancy Spielberg.

Yes, for the record, she is one of those Spielbergs. Yet, despite her impressive credentials — she served as a consultant on the Oscar-winning documentary, “Chernobyl Heart,” and executive produced “Elusive Justice: The Search for Nazi War Criminals” — she is probably not even the second or third most famous member of the clan.

There is, of course, older brother Steven. Sister Anne was nominated for an Academy Award for co-writing the screenplay of “Big.” And then there is Nancy’s daughter, Jessica Katz, a contestant on the Israeli version of “The Voice.”

“Above and Beyond” is about a small group of mostly American, mostly secular Jews who risked everything to sneak aircraft around worldwide embargoes into the newly founded State of Israel — and then fly those planes on missions against the massed armies of five Arab nations.

Czechoslovakia, in desperate need of U.S. dollars, sold Israel Messerschmitts from a German-built factory there — as well as German parachutes and uniforms. Other aircraft and parts were smuggled out of the U.S. and other countries.

Interestingly, one of the pilots was Milton Rubenfeld, the father of entertainer Paul Reubens, better known as Pee Wee Herman, who talks about his dad in the film.

Spielberg spoke to the Forward about being from a “heymish” family, why the director she hired refused her calls, and what it was like growing up as a prop person for her older brother.

Curt Schleier: How did the film come about?

Nancy Spielberg: The subject is so far from the Nancy everybody knows. People asked me, “What possessed you to do a film about planes?”

Someone sent me the obituary of Al Schwimmer, which described how this American was credited with founding the Israeli air force. I started to research it. I read books and found out all the sneaky stuff these guys did in the U.S., setting up bogus offices to recruit pilots and buy old planes and smuggle them out of the U.S. We know that the Israeli Air Force is one of the best in the world, but it was started by a handful of pilots flying crappy Messerschmitts. It just felt like a film to me. I said to my husband, this has my name written all over it.

Before you proceeded, though, you called your brother to get his approval. Why?

I remembered he talked a few years ago about doing a film that involved the Israeli Air Force. I didn’t know much about [its status], but I sure as hell didn’t want to go up against Steven. It’s not a smart move. So I went to him and said, “I want your blessing,” and he told me “You have my bracha.” It was nice that I got my big brother’s approval — not Steven Spielberg’s.

You were in a rush to get the film made, weren’t you?

I wanted to honor these guys while they were still alive. Another reason was to make a film that would give Israel a fresh look [in the eyes of the public]. Israel agreed to the partition and was then attacked by the armies of five countries. I wanted to make a film we could show on college campuses to fight back against those in-your-face Palestinian organizations. Everyone thinks Israel is an aggressor. If this film does anything, maybe someone will look at it and think twice [about that point of view]. I can keep dreaming.

Ironically, being a Spielberg worked against you when you tried to contact director Roberta Grossman.

[Laughs] She had just finished making “Hava Nagila (The Movie).” The film was doing great and she was feeling high and mighty. As a joke, she told her assistant, “If Spielberg calls, tell him I’m busy and I’ll get back to him.” So when I called, she thought it was one her friends joking. But she checked and found out that Steven did have a sister named Nancy, and it’s been a wonderful partnership. She’s very collaborative.

Did your brother give you any advice?

The funny thing is I didn’t want to show it to him. I didn’t want to listen to what he had to say. What if he said he didn’t like it? I am a little more to the right than he is [politically] and he is a director. I needed to do this by myself. I knew the world would say your brother helped. But the first time he saw the film it was almost done, though I had some room for edits. We met at [our mother’s restaurant], and he told me he just saw the film and he loved it. “I’m so proud of you.” I asked if he had any notes, and he said no. He said I’m allowed to recommend films to Cannes and I’d like to recommend yours. I couldn’t ask for anything more. I knew the film was a little too pro-Israel, [so would not likely be selected]. But what my brother gave me was beyond a hug. He doesn’t just give jobs out to his family.

In addition to this film and “Elusive Justice,” you worked on a project for the Israeli government getting celebrities to film congratulatory messages on the country’s 60th birthday. Your brother of course has “Schindler’s List” and the Shoah Foundation among his credits. A lot of times famous people don’t want to be so closely identified as Jews. Why is your family different?

I think that part of it is that we grew up in Arizona, for the most part in a non-Jewish, unwelcoming neighborhood. We grew up feeling we were different, but not quite sure why we didn’t fit in. In school, everyone was making ornaments for their Christmas trees and I was the only one drawing a Star of David. I was the kid with the smelly brown paper bag with salami and matzoh during Passover. As I grew older I became more aware that there was a world where I did belong and felt welcome. I started going to Hebrew school when I was in the fifth grade.

In the movie, there was a similar sense that these guys [the first pilots] weren’t connected to their Jewishness. The only way they found out was that they got beat up coming home from school. Only one of the guys appreciated his Jewishness. The others were unhappy about it.

We always had Shabbos meals, even though we were only five-time a year Jews [the High Holidays and Passover]. We were devoute about that. Steven is a really heymish guy. The whole family is pretty heymish. We’re not the stuck-up ones.

Is it difficult for you that while you’re out promoting this film, almost everyone just wants to talk about your brother?

I’ve gotten used to it. For years I’d give my credit card at the grocery store and suddenly [the cashier’s] eyes go blink-blink. It used to bother me, but it also helped me sell out audiences [for this film] at Jewish film festivals. What used to get me pissed was that after “Schindler’s List” came out my life was consumed by it. My mailman gave me a script for him. The Fed Ex guy gave me a script. After a while I just realized it was tzedaka, people asking for help.

All right, then, what was your life growing up with Steve like?

His films [shot on an 8 mm camera] became part of our lives. We were his crew. He’d say, “I need someone to hold the light. Nancy you’re it, Sue I need an actress.” He didn’t involve just us, but also our parents. At one point, he was making an army film. We owned a 1950 Willys Jeep and we couldn’t drive, so he dressed my mother up in a helmet and she pretended she was the guy. He sort of dictated the household.

Why Nancy Spielberg Made a Movie About the Israeli Air Force