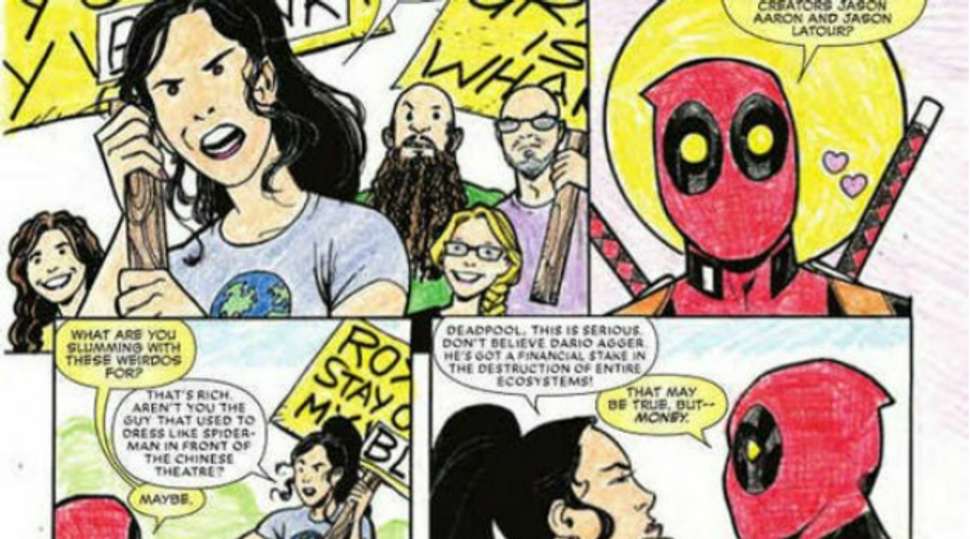 You don’t have to tell me that Sarah Silverman is a superhero(ine).

Marvel’s latest Deadpool comic features a cameo by your favorite potty-mouthed Jewess, protesting the big bad Roxxon company, which appears in several Marvel comics series. In addition to being high on the red carpet, Silverman is well-known for her environmental activism.

According to the Times of Israel, Silverman joins a prominent list of Jewish celebrities who have peeked out of the pages of comics past. Gilda Radner, Don Rickles, Jerry Lewis and Woody Allen have also had the honor.

Super Sarah to the rescue!