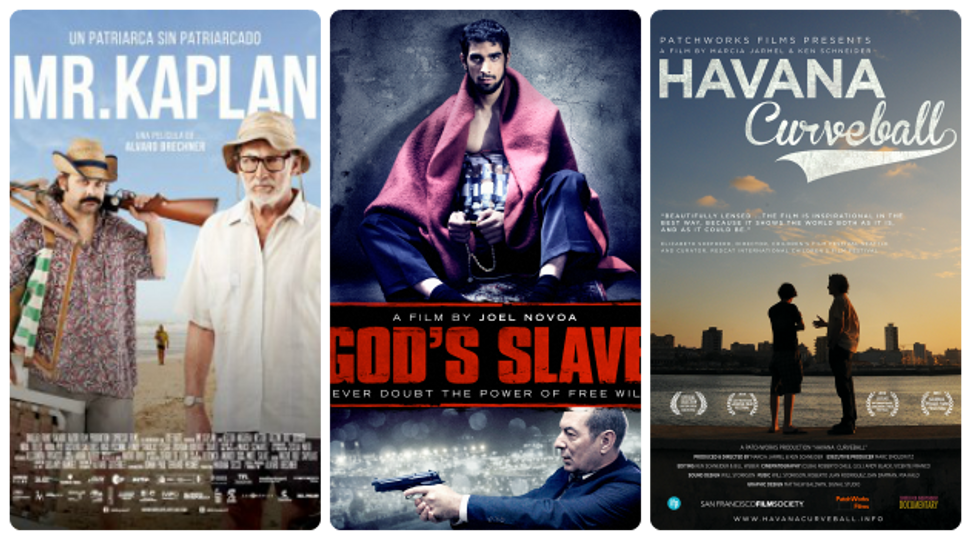 Miami — It’s the “Gateway to the Americas,” both North and South. It’s called “the capital of Latin America” and it’s the most populous tropical metropolis in the United States. But Miami also home to one of the country’s most welcoming Jewish communities, a diverse population of Cubans, Brazilians, Colombians, and others from South and Central America. There’s overlap in these groups, as Latin America has a storied history with the Jewish people, in its own right.

While many Jews sought refuge in South America between the World Wars, some countries attempted to tighten their immigration regulations as World War II intensified. After the Holocaust, though, many survivors found new homes in the sub-continent. Today, Jewish communities in Latin America are growing in size and reputation. Argentina, for example, boasts the sixth largest Jewish community outside of Israel.

As the 18th edition of the Miami Jewish Film Festival (MJFF) returns, running January 15-29 in nine different venues throughout the metropolitan area, the Latin-Jewish community is represented in numerous ways within and outside of the festival’s host city. Here are four Latin-Jewish films to look for during MJFF and upon wider release.

Venezuelan director Joel Novoa based this action film on the aftermath of 1994 bombing of the Asociación Mutual Israelita Argentina (Israeli-Argentine Mutual Association, a Jewish community center in Buenos Aires), the deadliest terrorist attack in the country’s history. Shot on location in Argentina, Venezuela, and Uruguay, this historical fiction narrative details the crisscrossing paths of a violent terrorist cell and an undercover Mossad agent as they explore the limits of religious extremism and free will.

Like this year’s Golden Globe-winning Boyhood, Havana Curveball is a coming of age story filmed in pieces over many years. Unlike the Hollywood Foreign Press’ best picture, however, Havana Curveball deals in truth, rather than fiction. The San Francisco-based husband-and-wife directorial duo of Marcia Jarmel and Ken Schneider film their older son Mica as he attempts to deliver baseball equipment to Cuban youth as part of his bar mitzvah volunteer project. As Mica’s mission and the filmic narrative progress, however, a parallel story emerges—one that traces Mica’s grandparents’ asylum-seeking journey from Vienna to Havana in the wake of World War II.

Not unlike Jonathan Safran Foer’s novel-turned-film Everything Is Illuminated, Brazilian-American director Cassio Tolpolar’s documentary Mamaliga Blues follows a family’s travels to seek out the graves of lost relatives. Seventy-seven years after his grandparents immigrated to Brazil to escape the Nazis, Tolpolar and his father and sister return to Bessarabia, Moldova. While there, the family struggles to come to terms with a young country that is slowly forming its own identity, but losing its Jewish memories in the process.

Uruguay’s official submission for Best Foreign Language Film in the 87th annual Academy Awards is a dark comedy by director Álvaro Brechner. Mr. Kaplan tells the story of 76-year-old protagonist Jacob Kaplan who seems to believe that the elderly German restaurant owner on a nearby beach is a Nazi-in-hiding. Kaplan teams up with an expelled police officer and the two hilariously try to kidnap the German and take him to Israel.