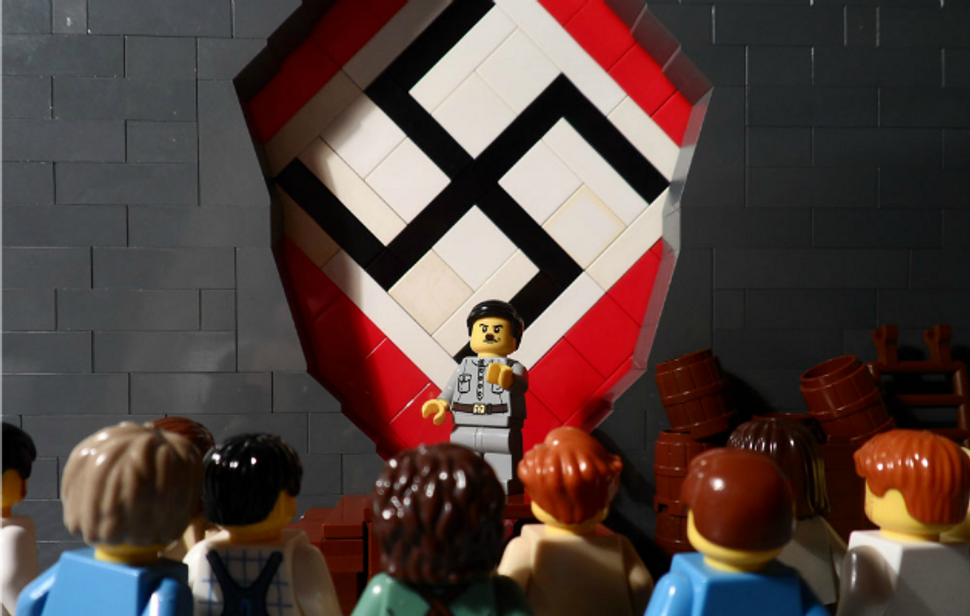 One John Denno, of Liverpool U.K., was given a pretty standard high school history assignment: to illustrate the events of the Holocaust.

Denno took the project to the next level. Instead of drawing the usual stick figure Hitler or putting together a run-of-the-mill bristol board poster (ah, good times), he used pieces from his massive collection to build a Lego Holocaust timeline.

Denno starts out his visual narrative in January 1933 (“Adolf Hitler is appointed Chancellor of Germany”) and ends in April 1945 (“Hitler commits suicide”). Though he used mostly standard bricks and figures, he also had to improvise when necessary. According to Pixable, Stalin was “a combination of Chancellor Palpatine, Uncle Vernon from Harry Potter and Luke Skywalker.”

But laugh-factor aside, Denno seems to have learned a valuable lesson through this effort. “The biggest thing I realized about the Holocaust through making this project is just how long the persecution went on. From 1933 Jews slowly lost all their rights until they were being murdered in their thousands,” he told Pixable.

Not bad for a class assignment.

Check out some of Denno’s constructions here:

‘October 1941: Auschwitz is opened. Jews from around Europe will be killed here in their millions over the next few years’