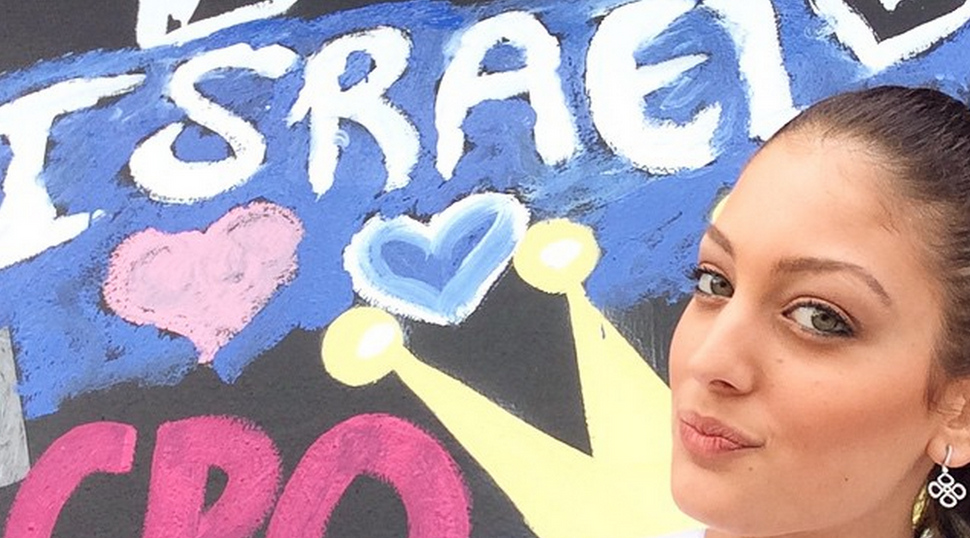 Miss Universe’s Miss Israel made some internet waves this weekend when she allegedly jumped into Miss Lebanon’s selfie. Who knew that a photobomb could be a political statement?

21-year-old Doron Matalon will be competing in the Miss Universe pageant on January 25 in Miami. And so, in anticipation, we’ve compiled a little list of things you may not know about Miss Israel 2014:

1) Doron Matalon is from Beit Aryeh, an Israeli settlement in the Northern West Bank. Her father works for IBM and her mother is a pre-school teacher. She has one older brother who is an IDF officer.

2) This isn’t Doron Matalon’s first time taking a political stand (figuratively and literally!). Back in 2011, she was called a “prostitute” and “shikshe” when she refused to sit in the back of gender-segregated bus in Jerusalem. The ultra-orthodox man who yelled at her, Moshe Fuchs, was later convicted of sexual harassment.

3) At the time of the segregated bus incident, Matalon was serving in the IDF as the assistant of the Commander of the Israeli Center Command. Pretty fancy.

4) According to her Miss Universe profile, Doron volunteered for two years taking care of an autistic child. What a mensch!

5) Matalon told Ynet in 2014 that her aunt signed her up for the pageant without telling her. She felt that beauty pageants were pretty banal and superficial and even skipped the first audition. But after further pressure from her aunt, she relented. Thanks auntie Matalon!

6) While the supposed photobomb was Miss Lebanon’s first appearance on Doron’s instagram feed, she does have many pictures with Miss Egypt, the gorgeous Lara Debbane. One of the pictures is captioned “When love and peace take over”.

Matalon told NBC in response to the photobomb incident: “It was not a surprise… I hope for change and I hope for peace between us and even just for three weeks, just between me and her… We need to remember that we represent the country and the people, not the government and not the political issues.”