Pete Sokolow Is the ‘Youngest Old Guy’ of Klezmer 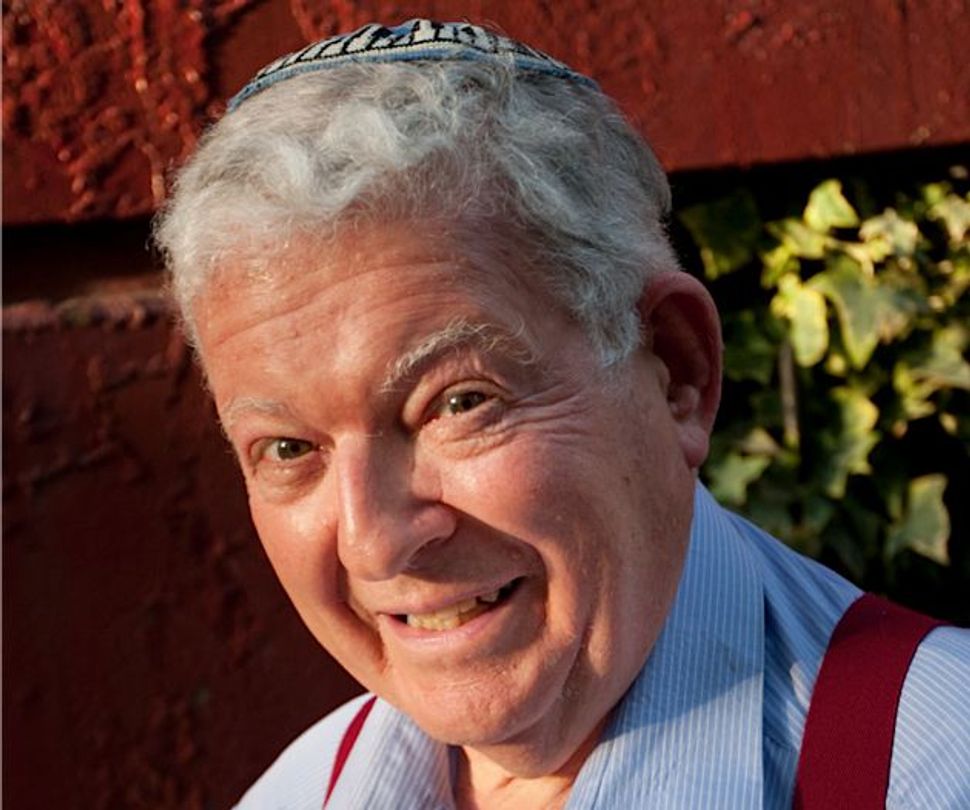 The Arty Semite wishes Brooklyn musician Pete Sokolow a speedy recovery. Sokolow suffered a stroke last month and ended up missing the last KlezKamp. The man who came to be known in the klezmer revival as “the youngest old guy” is a little weak on his right side but many are hoping that after some physical therapy, the 74-year-old teacher and bandleader will be back in form. In addition to being a consummate klezmer musician, Sokolow is a monster stride piano player.

Sokolow started playing klezmer in the Catskills in 1958 as a college student. It was there that he met the great klezmer clarinetist Dave Tarras. More than 50 years later, he is one of the last living links to Tarras, one of the Jewish immigrants who brought klezmer to America. Look for a new CD this spring from Tarras Band, the ensemble led by Ben Holmes and Michael Winograd, who studied with Sokolow at KlezKamp.

Winograd is just one of the klezmorim who does a spot-on impersonation of Sokolow, who has been described as a man who talks like W.C. Fields with a Yiddish worldview. When I interviewed Henry Sapoznik, a key player in the klezmer revival, for an NPR profile of Sokolow, I asked him if he agreed that Sokolow could be irascible at times. Sapoznik replied: “Pete Sokolow, irascible? If you open up the Webster’s dictionary and you look up ‘irascible,’ there’s his picture.”

Sokolow has long had a reputation as a tough bandleader and teacher. “They should have T-shirts that say ‘I survived Pete Sokolow and I’m a better musician for it. I’m a better person for it,’” said Sapoznik.

But Sokolow played a pivotal role in the klezmer revival, bringing other old-timers into the scene, including the late Sid Beckerman, son of the great clarinetist Shloimke Beckerman.

“Sidney is gone. Dave [Tarras] is gone. Most of the old guys are gone. All my old friends. I miss them,” Sokolow told me when I visited him just a few days after the stroke. “Now I’m the oldest old guy.”

Although Sokolow is known for playing keyboards, he actually began his career playing clarinet and saxophone. His cramped Brooklyn living room is dominated by a Steinway grand from the late 1800s that belonged to his father. Sokolow played both jazz and Jewish music throughout his career. When klezmer started petering out in the 1950s and ‘60s he started playing Hasidic and Israeli music. When klezmer made its comeback in the late 1970s and early ‘80s, before long Sokolow found himself playing with younger musicians whose only previous exposure to the music was old 78s. But Sokolow was a little baffled by the klezmer revival.

“All klezmer was, was dance music,” he said. “To me, it was the shockaroo of my life at that point that anybody would want to sit and listen to a concert of dance music. Well, I should’ve known better because in the swing era Benny Goodman did that in Carnegie Hall and there they were sitting in Carnegie Hall listening to dance music!”

Sokolow was on hand for the first KlezKamp in 1985. He taught clarinet and piano, as well as arranging.

He and Sid Beckerman, who knew 50 klezmer tunes that Sokolow had never heard, started playing with their younger peers. Today Sokolow is continuing that cross-generational collaboration with Tarras Band. The New York ensemble played before 20,000 people at the Jewish Culture festival in Krakow in 2012.

“He has perfect melodic sense, perfect harmonic sense. He’s a great arranger,” Winograd said. “When we’re working on arrangements for Tarras Band, I’m like, ‘What’s this harmony?’ He knows it immediately. Pete’s got one of those minds that every once in a while you bump into.”

Although Sokolow has been known to scoff at klemer musicians like Winograd incorporating contemporary elements like rock into the music, he respects them if they know how to play the traditional klezmer as it was performed in Dave Tarras’s day. But Sokolow is content being the oldest old guy.

“I don’t wanna create new ground and become some totally new creative guy,” he told me. “I’m an old time guy. I like to play music that’s fun for me. I want to have fun doing this.”

Pete Sokolow Is the ‘Youngest Old Guy’ of Klezmer