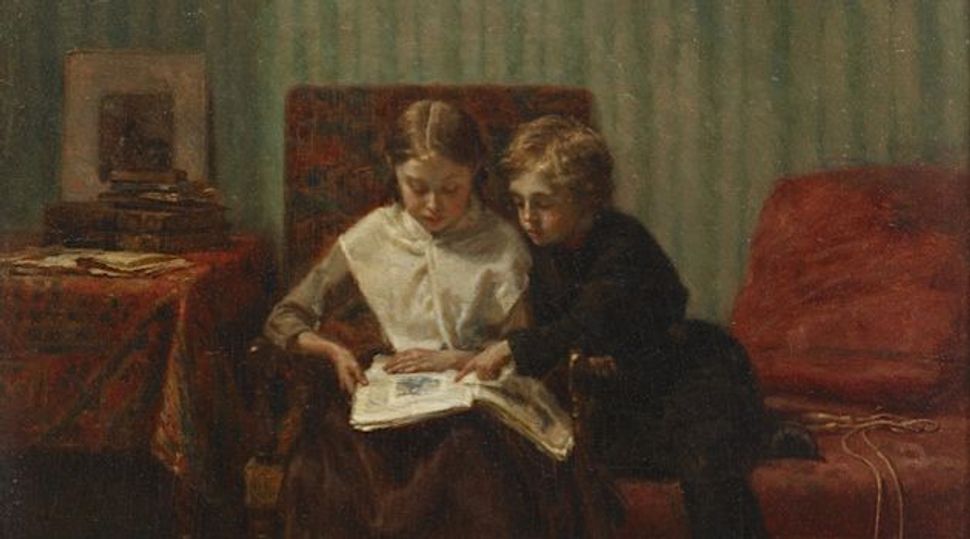 The Jewish book award season is in full swing.

The winners of the 2015 National Jewish Book Awards were announced last week. Today, the Association of Jewish Libraries released the list of laureates of the Sydney Taylor Book Award that honors new books for children and teens about the Jewish experience.

In the Younger Reader category, the gold medal went to Jim Aylesworth and Barbara McClintock, author and illustrator of “My Grandfather’s Coat”, a tale about the recycling of a coat over four generations until it becomes its own story.

In the Older Reader category, authors and illustrators Loic Dauvillier, Marc Lizano and Greg Salsedo, will be awarded the gold medal for “Hidden: A Child’s Story of the Holocaust”, a graphic novel about survival during the Holocaust with the help of righteous gentiles.

In the Teen category, Donna Jo Napoli, author of “Storm”, won the gold medal. “Storm” retells the Noah story from the perspective of Sebah, a teenage girl who hides on the ark.

Sydney Taylor Honor Books for Teen Readers:
“Isabel’s War” by Lila Perl
“Like No Other” by Una LaMarche

In addition, the Sydney Taylor Manuscript Award will go to Susan Krawetz for her unfinished novel “Viva, Rose,” which is set in 1915 Texas around the Pancho Villa’s revolutionary group and aimed at readers aged 8 to 13.

The laureates will receive their awards, named after Sydney Taylor, the author of the All-of-a-Kind Family series, at the AJL’s Conference in Washington, D.C. in June.