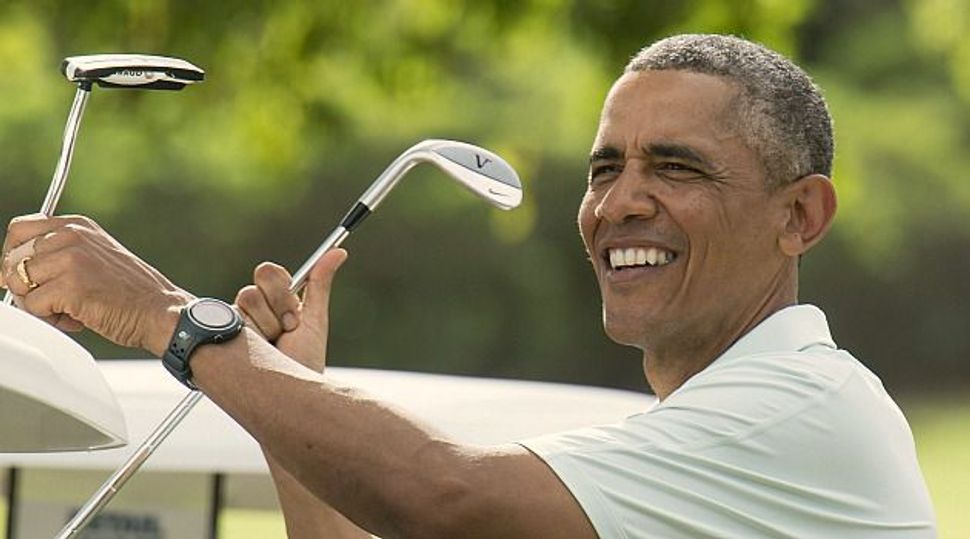 It’s no secret that Barack Obama and Benjamin Netanyahu don’t like each other. Not one little bit.

So leaving aside the political and diplomatic drama of the Israeli Prime Minister’s speech to Congress (you know, the one they somehow forgot to mention to the White House), the president will have a few hours of time on his hands some day whenever Bibi finally comes to town.

We’re guessing there are so many things Obama would much rather be do than sit for yet another smile-pasted-on photo op with Netanyahu. Here’s our six top suggestions.

2) Skip golf game with guys for all-day “spa adventure” with Michelle and the girls.

3) Have Oval Office chat with Mitch McConnell about “working together in bipartisan manner.”

4) Explain again why John Kerry, who grew up in France, was too busy to go to France to speak in French with the French after France got attacked by terrorists.

5) Give briefing to political reporters about why Joe Biden has just the right temperament to be POTUS.

6) Shade eyes from glare of John Boehner’s permatan while watching the Netanyahu speech on TV.