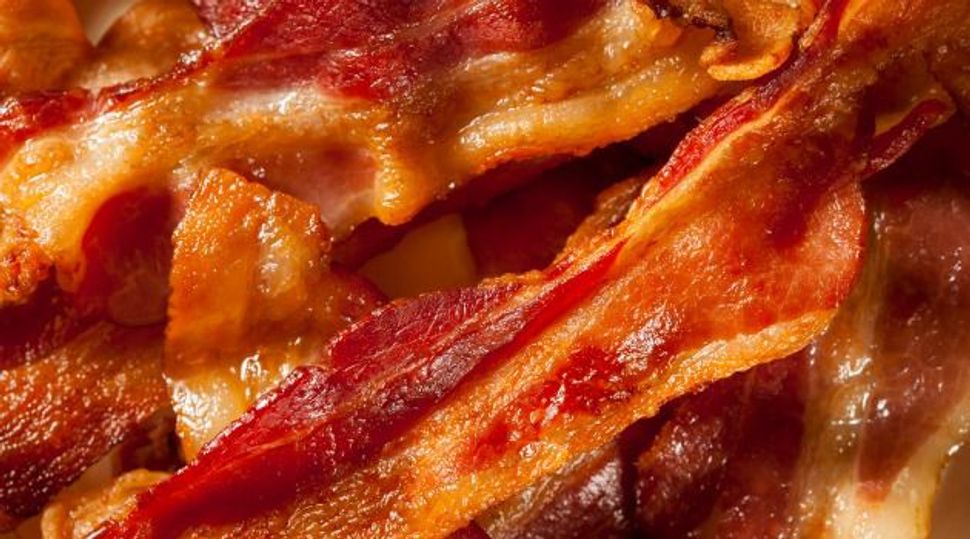 At least, that’s what New Hampshire wants you to think.

According to The New York Post, the state lottery has launched a special “scratch and sniff ‘I Heart Bacon’ ticket” this month.

That’s not the end of it — to promote the product, the New Hampshire Lottery has announced a “bacon truck” that will drive around offering free applewood bacon samples, filling the air with more pork products.

Ok treyf, you win — this time.