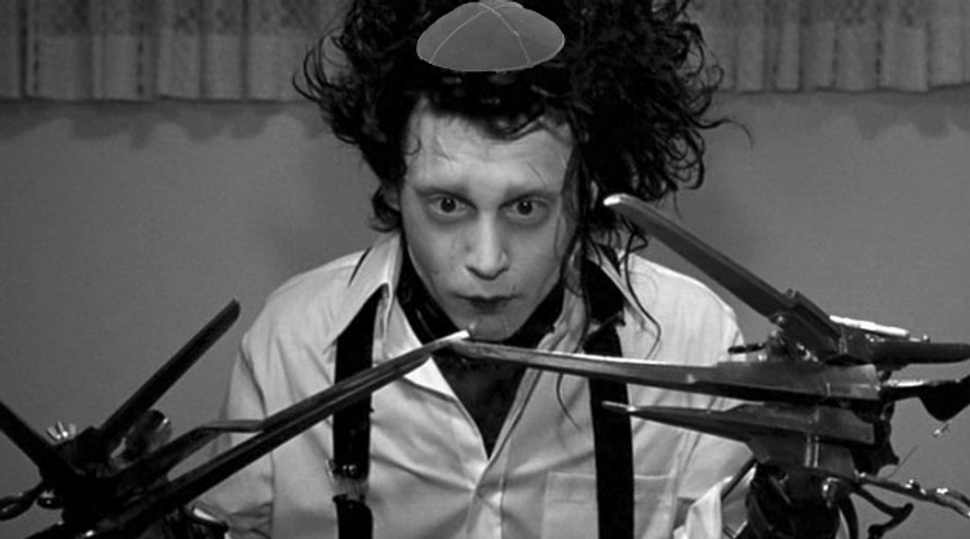 It looks like Johnny Depp is just as depressed about his acting career as you are.

During an appearance on Israeli TV show, “Erev Tov With Guy Pines.” the “Mortdecai” actor revealed that he’s been considering a change of pace to become… a mohel?

Thanks to Tablet for pointing out the fantastic exchange below:

Host: “Johnny, you heard of Purim?”

Johnny Depp: “No, but I can tell you that I have given serious though to becoming a…”

Paul Bettany (also there to promote the movie): “Like an emergency mohel”

Johnny Depp: “That’s it. It’s more like an on-call mohel.”

Let’s just get this straight: the man who played Edward Scissorhands wants to do your bris? Looks like Tim Burton might have a plot for his new movie.